Mounting tension between Israel and Palestinians in the occupied West Bank and in East Jerusalem have spilt onto Israeli Palestinian football pitches in Israel proper as Israel swings towards ultra-nationalists that make Prime Minister Benyamin Netanyahu look like the best card in a bad hand.

The video that emerged from Hama, Syria, depicting the stoning of a woman in yet another episode in the ISIS propaganda series, is the first punishment of its kind to emerge from Hama. The video shows a married woman who has been presumably promiscuous and has therefore deserved under Sharia law to be stoned to death. It jumps to the carrying out of the sentence in the presence of witnesses, her father and the commander, who is in charge of managing both the punishment and the media coverage of the event. 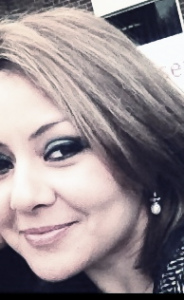 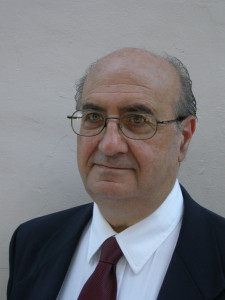 Education: The global antidote to poverty, disease and terrorism

Despite enormous technological advances, humanity continues to grapple with three enormous burdens: poverty, disease and terrorism (both individual and state-sponsored.) Although the policies aimed at solving those problems are different, there is one approach that can help lower the negative effect of all three: education.

What is really going on in Libya? 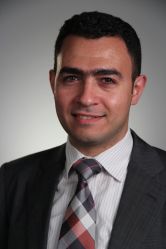 Better late Better late than never: how to rebound state fragility in Egypt?

The Fund for Peace recently published the 2014 fragile states indicators for Egypt bringing empirical realities to the heated debate on policies for addressing Egypt’s political, economic and social challenges. According to the index, Egypt has been on the brink of becoming a failed state for at least ten years. While there is no overnight panacea for any country to recover from long standing issues leading to failure, Egypt may gradually enhance its position by addressing the four major issues brought up by the index: improving human rights conditions, creating an inclusive political system, instigating serious governance reform, and supporting de-centralised economic growth schemes.

In statements to the AP, President Abdel-Fattah El-Sisi clarified Egypt’s position regarding terrorist groups in the region, asserting Cairo’s support in the fight against ISIS in Iraq, and implied it is not just a matter of sending ground troops to Iraq since the Iraqi army can do the job. Rather, he asked for a comprehensive strategy for confronting terrorism. 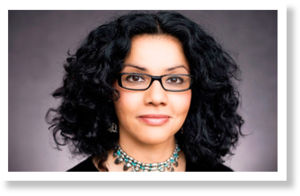 The Mirage of the ‘New Egypt’

The Pyramids are face-lift flawless, the grass is almost neon bright and even the air itself appears to have been retouched. This portrait of perfection, an ad introducing a “New Egypt: Peace, Prosperity & Growth,” was posted last month in Times Square.

In statements to the AP, President Abdel-Fattah El-Sisi clarified Egypt’s position regarding terrorist groups in the region, asserting Cairo’s support in the fight against ISIS in Iraq, and implied it is not just a matter of sending ground troops to Iraq since the Iraqi army can do the job. Rather, he asked for a comprehensive strategy for confronting terrorism. 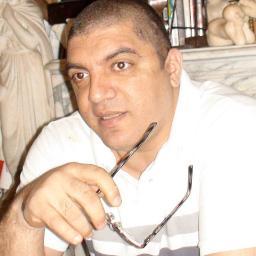 Welcome to Twitter political humour, a humour that lays bare an Egypt consecutive regimes have sought to paint as rosier than its reality. Conflict, bloody and otherwise, has a deep impact on the emotional stability of the populous at large. A blow to the head, a thump to the heart, a punch to the soul: Egypt, in summary, over the last 43 months. But, through the darkest of times, the time tested saviour has been humour; particularly one of the political persuasion. Some may argue that political satire, caricature, jokes are a form of escapism but they are, in fact, a multi-faceted path to sanity in a nation such as Egypt.

The regional impact of Tunisia's elections

It is unclear if the war on the Islamic State will leave much room for the western media to cover something as important as Tunisia's parliamentary elections slated for 26 October and the presidential race on 23 November. However, even holding such elections in the Arab world – afflicted by the scourge of IS and such groups, as well as chronic dictatorships – is reason enough for the world to turn its eyes to Tunisia.

Over its long history, which ushered in the written history of the world, Egypt lived through decisive moments when the future of the entire nation was at stake. Every time, its heroic people prove the country has a sword and invincible wall of human valour to repel any assailants and propel the nation to the stature it deserves above all enemies.

The capitalist cure for terrorism

As the US moves into a new theatre of the war on terror, it will miss its best chance to beat back Islamic State and other radical groups in the Middle East if it doesn’t deploy a crucial but little-used weapon: an aggressive agenda for economic empowerment. Right now, all we hear about are airstrikes and military manoeuvres—which is to be expected when facing down thugs bent on mayhem and destruction. 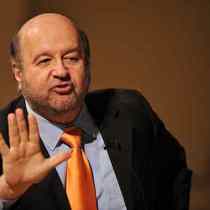 The other week the office of one of Egypt’s leading political cartoonists, Mohamed Anwar, got a phone call from a patriotic reader. She was in tears – devastated that his cartoon that day had indirectly teased President Abdel Fatah al-Sisi. “Why are you doing this to Sisi?”, she asked Anwar’s colleagues. “Why are you always fighting him?”

“I just want my daughter back,” said a sobbing mother as she laid her seven-year-old daughter’s clothes and books on her bed. “She was playing in the garden and then just disappeared.” 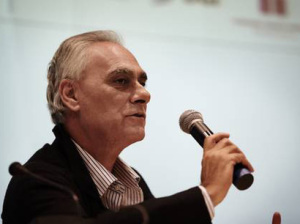 The struggle for women’s rights to engage in and attend sport events has commanded increased attention with the hunger strike of a British-Iranian national incarcerated in Tehran’s notorious Evin prison, the expected arrival in Saudi Arabia of Australian women fans for the Asian Champions League final, and the rare appearance of Saudi women in an all-male stadium in Abu Dhabi.

Bill Maher, the man famous for hating religion, is now becoming infamous for hating one religion in particular: Islam. On last week's episode of his HBO show, "Real Time," Maher got into a heated exchange with Ben Affleck over Maher's use of sweeping generalizations to define Islam. In fact, Affleck went as far as to dub Maher's views of Muslims as "gross" and "racist." 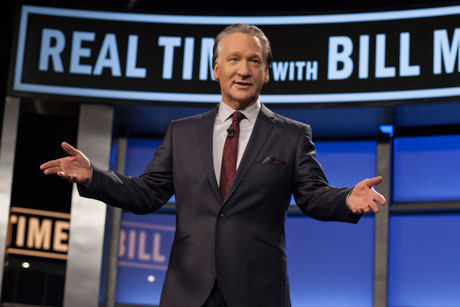 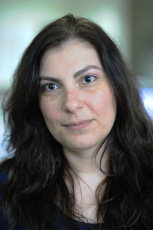 It was back in the late 1980s when I, a young teenager then, visited my Syrian side of the family. In the garden of a family member’s villa, a group of us, all teenagers, gathered late at night and started telling jokes. The Syrians love the Egyptian sense of humour and jokes, and so I was always asked to tell them the “latest jokes” of my home country. At some point, one of my jokes started with “Mubarak, Assad, and Reagan …” I was violently shushed and shoved inside the house. One of my older cousins led us inside, closed the door and windows of a top-floor room, and said I could now tell the joke. They explained to me that if one of the neighbours or the “garbage man” heard us telling a joke on Assad, we would be detained and never heard of again. They then started telling me stories of acquaintances who “disappeared” as a consequence of passing comments on Assad, being snitched on by colleagues at work or at school, some were even family members. One particular story shocked me at the time, was of a 10 year old girl who was eating a sandwich at her school break, the sandwich was wrapped in a newspaper page which had Assad’s picture on it. The girl unwrapped her sandwich and threw the paper in the garbage…she was told on by her teacher and was taken along with her father and never were seen again.

The Crackdown on Gay Men in Egypt

In some ways, Egypt’s new government has become even more repressive and intolerant than the regime that was overthrown in early 2011. One disturbing example is the incarceration of dozens of gay men, a crackdown that has vilified a community that had hoped the popular uprising in 2011 would bring minorities greater freedom. 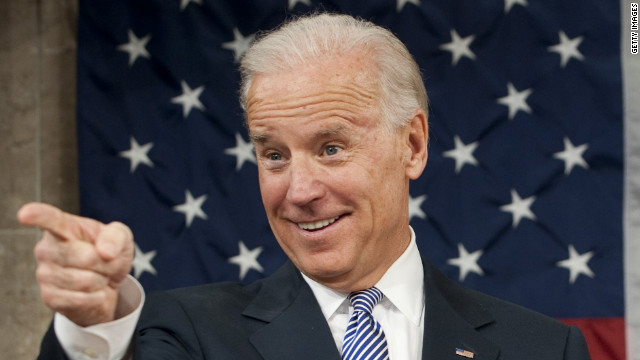 Biden being Biden: That's a problem

Any baseball fan who has been alive in the last decade is familiar with a truism: "That's just Manny being Manny." It has been used to describe one of the best outfielders in baseball history, Manny Ramirez, who -- like a certain Vice President -- had a way of stumbling into (and creating) some truly terrible press.

The dilemma of anti-ISIL military strategy

The United States is at war against the Islamic State (Daesh in Arabic, and formerly known as ISIL, the Islamic State in Iraq and the Levant), the jihadist group that recently conquered almost a third of Syria and Iraq and declared an Islamic caliphate in the territories under its control. To win its war against the terrorist group, which is inspired by Al-Qaeda, Washington rallied an international coalition of Western and Arab states. 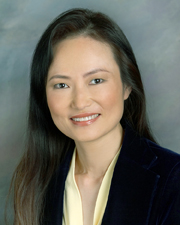 More than five weeks after the Israel-Hamas war in the Gaza Strip, tens of thousands of people whose homes were destroyed or badly damaged in the fighting still live in classrooms, storefronts and other crowded shelters. In some of the hardest-hit areas, the displaced have pitched tents next to the debris that once was their homes.