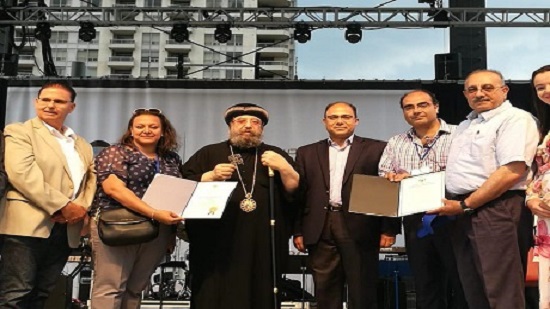 Egypt s Ambassador to Canada Ahmed Abu Zied has praised the Egyptian Coptic Festival taking place in the Canadian city of Mississauga. The Egyptian Coptic Festival is a cultural event that celebrates Egyptian culture, history and arts in the public square for the purpose of creating awareness about Coptic Canadians, their heritage and role in society. "The second edition of the festival succeeded in gaining further popularity and influence across the outskirts of Toronto, where the Egyptian community is heavily concentrated," the ambassador said in statements to MENA. The first edition of the festival was held in September 2018. The event brings together some 10,000 people from within and outside the Coptic community in Canada for family fun, music, shows, documentaries, kids activities and traditional food. It is considered one of the biggest events for Canadians of Egyptian origin in North America. The event aims to enhance community collaboration through linking past and present achievements and emphasising the diverse and inclusive Mississauga community. The event programme features musical performances, performing arts, food, books, documentaries, kids activities and youth-led performances, allowing the general public to grow their understanding of Egyptian history and its contributions to civilisation. This year s event featured Egyptian pop singer Hisham Abbas and violinist Azmy Magdy Azmy, as well as other music concerts and folk shows. There are nearly 60,000 Canadians of Egyptian origin residing in Canada.

Regime and jihadist-led forces were locked in clashes Thursday on the edge of an opposition bastion in northwest Syria after a jihadist-led advance that killed 71 fighters overnight, a monitor said. Russian and regime aircraft have ramped up their deadly bombardment of the Idlib region -- administered by Syria s former Al-Qaeda affiliate Hayat Tahrir al-Sham, and home to some three million people -- since late April, despite a months-old international truce deal. 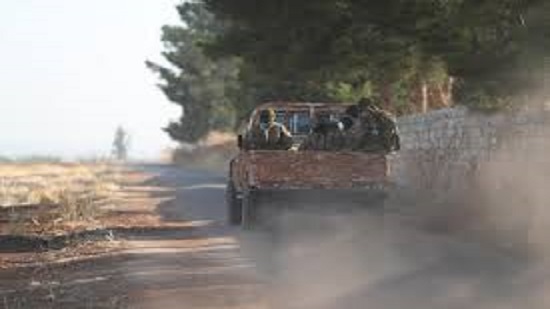 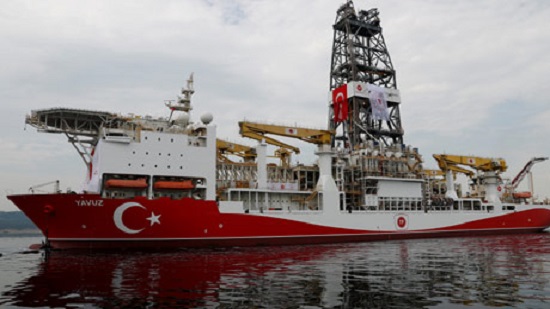 Turkey vows to keep drilling off Cyprus despite EU warnings

Turkey on Wednesday vowed to continue drilling activities off Cyprus despite tensions with the European Union, which has called on Ankara to cease its "illegal" activities. The discovery of huge gas reserves in the eastern Mediterranean has sparked a dispute between EU member Cyprus and Turkey, which last month sent a second ship, the Yavuz, to search for oil and gas in the region. 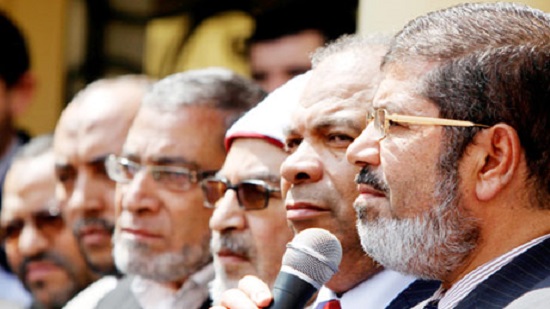 Cracking down on the Muslim Brotherhoods sleeper cells

Deputy Chairman of parliament s Constitutional and Legislative Affairs Committee Ahmed Helmi Al-Sherif announced this week that a law was currently being drafted to rid government ministries and state institutions of elements affiliated to the banned Muslim Brotherhood. “I decided to take the step of drafting this law myself and to gather as much support for it among MPs as possible, as recent reports show that government ministries and state institutions still have Brotherhood elements and sympathisers who cause unrest and trouble,” Al-Sherif said, adding that “some of these act as sleeper cells while others declare open hostile positions against the ruling regime.”

A wanted terror suspect blows himself up in Tunisian capital: Ministry

A wanted militant wearing an explosive belt blew himself up in the Tunisian capital after being surrounded by police, the government said on Wednesday, but there were no other casualties. The third such incident within a week comes months ahead of an election and at the peak of a tourist season in which Tunisia is hoping for a record number of visitors. 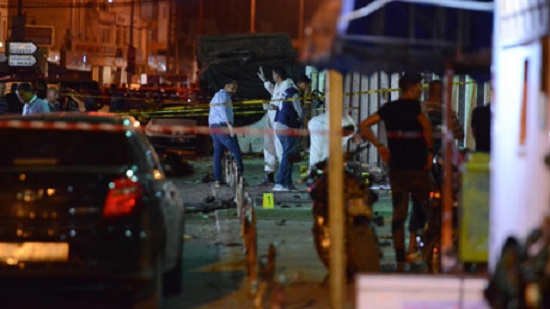 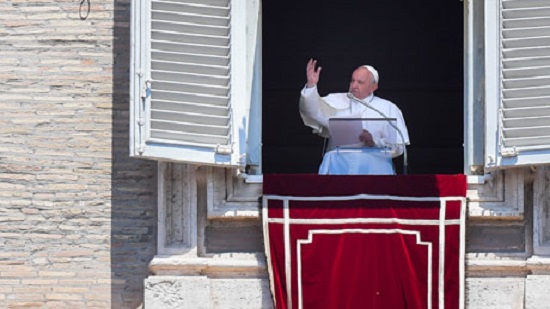 Pope Francis praised on Sunday the meeting between U.S. President Donald Trump and North Korean leader Kim Jong Un and said he hoped it would lead to peace. "In the last few hours we saw in Korea a good example of the culture of encounter. I salute the protagonists, with a prayer that such a significant gesture will be a further step on the road to peace, not only on that peninsula, but for the good of the entire world," he said at his weekly address in St. Peter s Square.

An errant missile struck Cyprus early on Monday, skimming the densely populated capital Nicosia and crashing on a mountainside in what authorities described as a spillover from strikes between Israel and Syria. The explosion occurred around 1 a.m. (2200 GMT Sunday) in the region of Tashkent, also known as Vouno, some 20 kms (12 miles) northeast of Nicosia, with the impact starting a fire and heard for miles around. 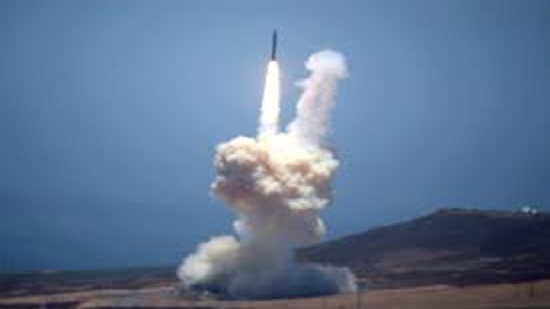 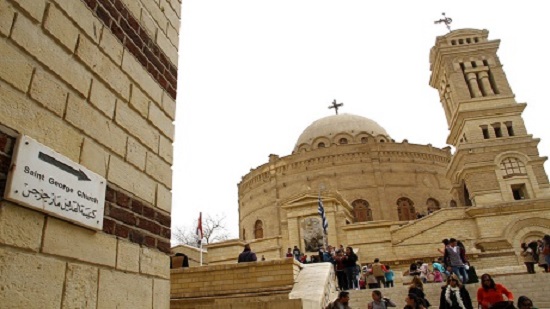 A presidential committee tasked with rectifying the status of unlicensed Christian places of worship, chaired by Prime Minister Mostafa Madbouly, approved on Monday legalizing 127 churches and service buildings that used to be operating without permit. This brings to 1,021 the total number of unlicensed Christian places of worship and service buildings that have been granted legal status so far. 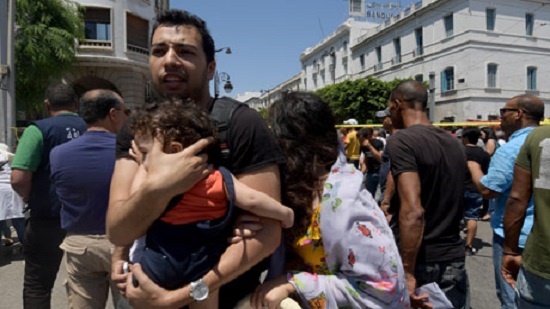 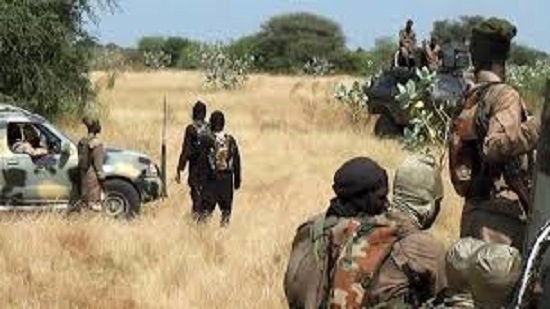 Islamist insurgents killed at least 20 civilians in a northeast Nigerian village, a government-allied vigilante who helped evacuate corpses and a security source said on Wednesday. The militants struck the village of Ngamngam in Borno state, near the border with Niger, on Tuesday, said Bakura Kachallah, a member of the pro-government vigilante group Civilian Joint Task Force. A security source, requesting anonymity because they were not authorised to speak to media, confirmed the attack and death toll.

Egypt s Ministry of Interior issued a statement on Tuesday revealing that it has foiled a plot orchestrated by leaders of the Muslim Brotherhood, along with other elements, attempting to disrupt the country s national economy. The ministry s statement confirmed it has arrested a number of people who are involved with 19 different illegal companies and economic entities affiliated with the MB s leadership and cadres. 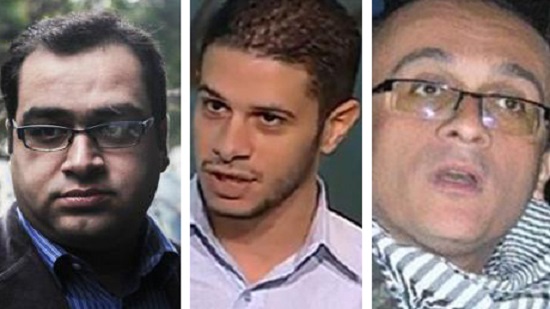 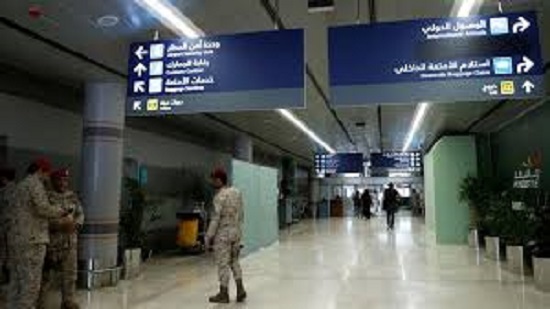 Houthis launched an attack on Abha civilian airport in southern Saudi Arabia on Sunday that killed one person and wounded 21 others, the Saudi-led coalition battling the group in Yemen said. Houthi-run Al-Masirah TV earlier said that the Iran-aligned movement had targeted Abha and Jizan airports in the south of the kingdom with drones attacks.

US Senator Ted Cruz said he is planning to introduce "enhanced" legislation to designate the Muslim Brotherhood a terrorist organisation “in the short future," in remarks made to a panel held Thursday on the issue. Cruz sponsored legislation in 2017 that would require the White House to decide whether the Brotherhood fit the criteria for terrorist designation. 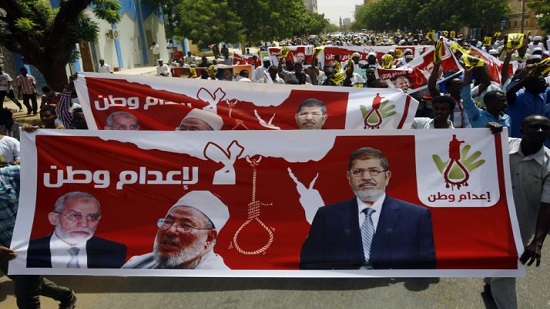 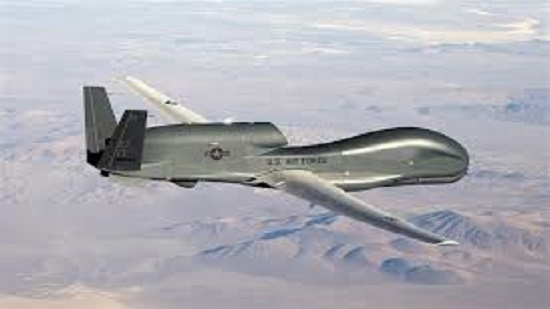 Iran s Revolutionary Guard calimed it shot down a U.S. drone on Thursday over Iranian, while two U.S. officials told The Associated Press that the downing happened over international airspace in the Strait of Hormuz. The different accounts could not be immediately reconciled. “The downing of the American drone was a clear message to America ... our borders are Iran s red line and we will react strongly against any aggression ... Iran is not seeking war with any country, but we are fully prepared to defend Iran,” said the Guards commander-in-chief, Hossein Salami, TV reported.

More than 300,000 people have fled inter-ethnic violence in northeastern Democratic Republic of Congo since early June, complicating the tracing and treatment of patients at risk from Ebola, U.N. aid agencies said on Tuesday. At least 161 people have been killed in a northeastern province of Democratic Republic of Congo in the past week, local officials said on Monday, in an apparent resurgence of ethnic clashes between farming and herding communities. 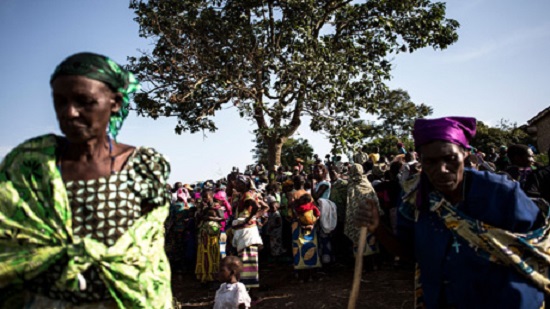 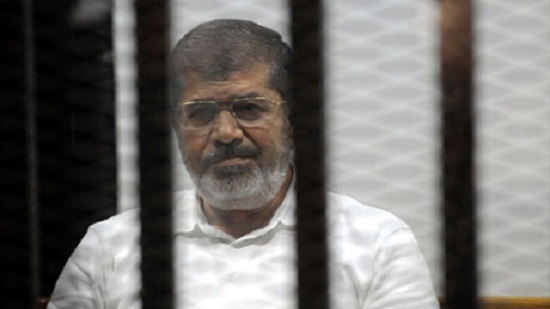 Egypt s ex-president Mohamed Morsi, who was ousted in 2013 following a popular uprising, died on Monday in Cairo after suffering a heart attack during a trial session in an espionage case, according to Egyptian state TV. Morsi, who was 67, was pronounced dead shortly after fainting during the session, which he attended as a defendant.

Thirty people were killed late Sunday in a triple suicide bombing in northeast Nigeria, emergency services reported, in an attack bearing the hallmarks of the Boko Haram jihadist group. hree bombers detonated their explosives outside a hall in Konduga, 38 kilometres (24 miles) from the Borno state capital Maiduguri, where football fans were watching a match on TV. 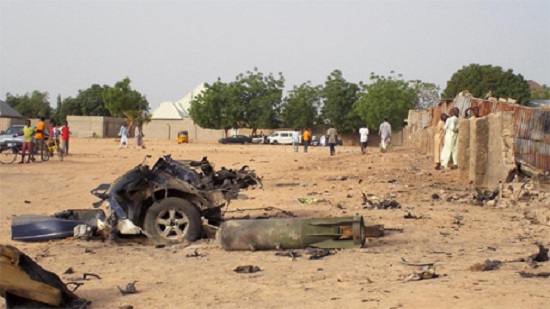 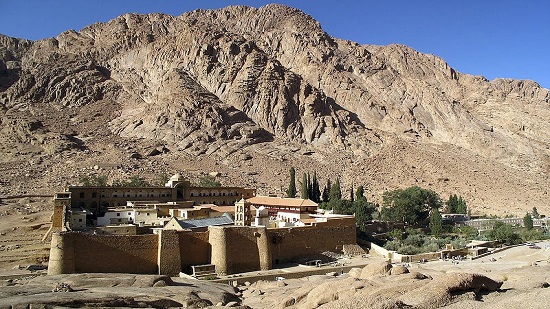 Head of the Islamic, Coptic, and Jewish Antiquities Sector Gamal Mostafa stated on Thursday that the ministry has finished the first stage in the development works of the monastery of Saint Catherine in South Sinai in cooperation with the ministries of local development, culture, environment, housing and the Information and Decision Support Center (IDSC). Mostafa added that he inspected the project works in the monastery of Saint Catherine under the supervision of the Supreme Committee for coordinating, raising efficiency for and developing the monastery.

Germany is the fourth largest economy in the world, but such rank was only achieved after rebuilding the country torn by wars and divisions. Such development was achieved during the past few decades, during which the culture has changed. German women in the past used to take the responsibility of the so-called four Ks in the German language: Kinder (children), Kirche (church), Küche (kitchen), and Kleider (clot