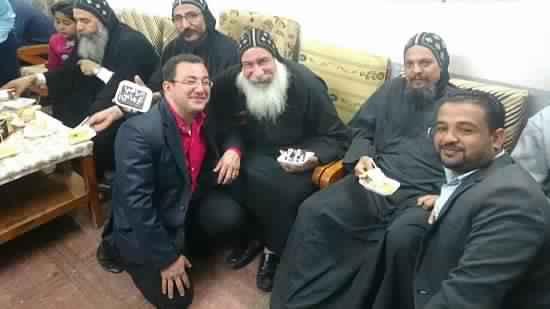 The monastery of St. George in Rzesigat, Luxor, celebrated the 20th anniversary of the ordination of 5 monks. The celebrated monks are Fathers: Maximus, Ermia, Domadious, Abanoub and Thomas.

Bishop Markos presides over the celebrations at St. George Monastery in Rizeigat

Abba Markos, Bishop of Shubra El-Kheima and the Papal Vicar of St. George s Monastery in Rizeigat, presided over the celebrations of the feast of St. George. The celebration started with the Holy Mass, which was attended by Coptic clergy, monks of the monastery and many visitors. 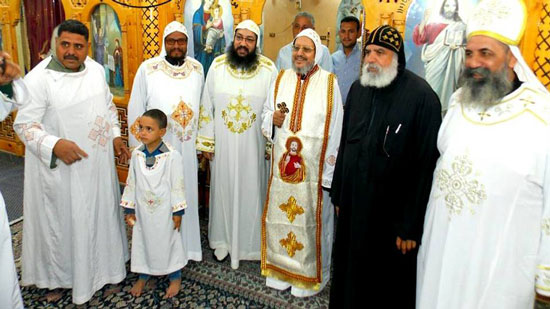 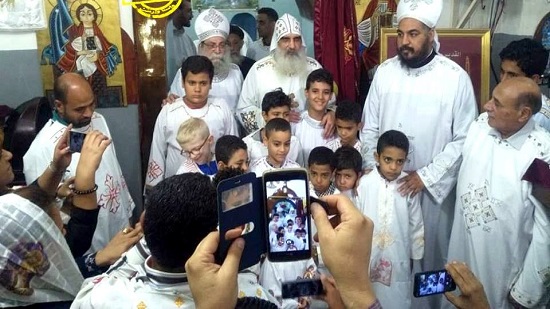 Abba Youssab, Bishop of Luxor, ordained 12 new deacons at the basic rank of Ebsaluts. The ordination was performed during the celebration of the feast of St. Ruise in his monastery in Luxor.

The Monastery of St. George the Rizeigat starts its annual celebration on November 11

The Monastery of St. George the Rizeigat announced that its annual celebration will start on November 11. The Pontifical Commission, which oversees the annual celebration of the monastery, agreed to allow the visitors to stay inside the monetary during the celebration that lasts for one month. 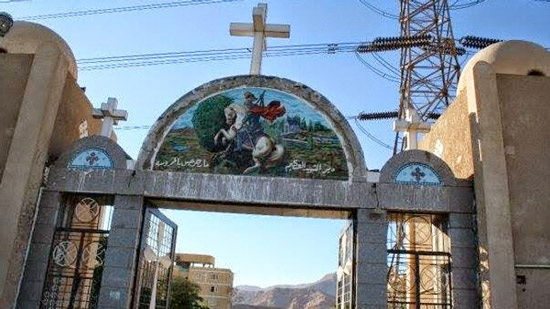 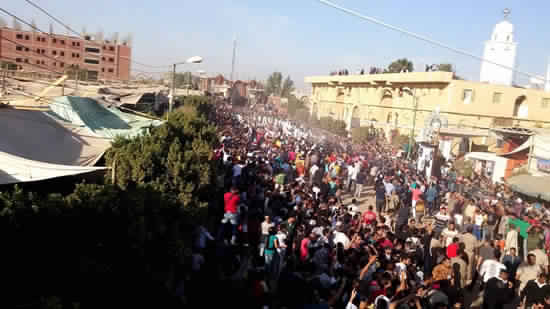 Police in Luxor prepares for the celebrations of St. George monastery in Rizigat

Qus celebrate the feast of the Saints Victor and Arsus

Under the patronage of His Grace Bishop Beyman of Qus, the church of St. George and the Thibian Legion celebrated the martyrdom feast of the Saints Victor and Arsus. Several people attended the celebration from nearby dioceses to be blessed by the holy relics and enjoyed melodies and the special rituals. 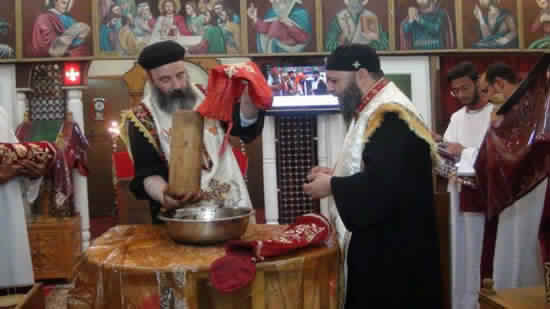 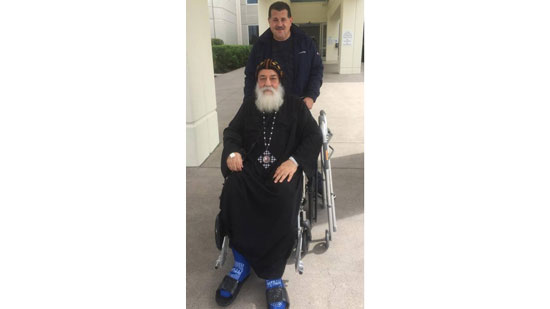 His Holiness Abba Hedra, Archbishop of Aswan and head of St. Pachomius Monastery in Edvo, left hospital in Los Angeles, USA, after he underwent a surgery to change the right knee joint. He stayed at the hospital for one day to check on the success of the operation and will begin the physical therapy in couple of days. 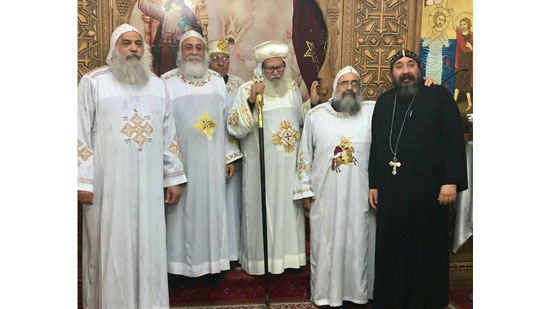 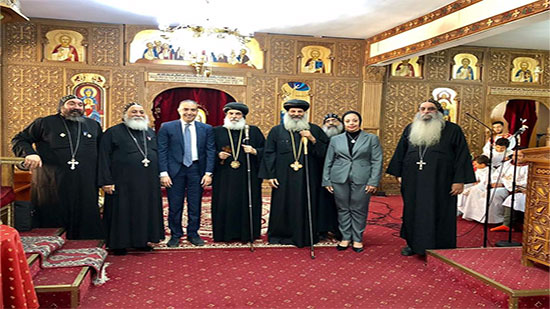 Bishops Barnabas of Roma and Binyamen of Menofia concluded the priests conference which lasted for 6 days. During the conference they discussed problems of the priests and held open discussion with their families.

Bishop Bemen of Naqada and Qus announced the start of new semester at the Bible study Institute in Qus The institute was opened last year at St. Stephen Cathedral in Qus and has received 65 scholars. 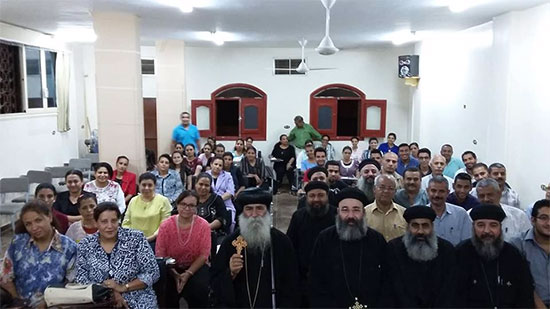 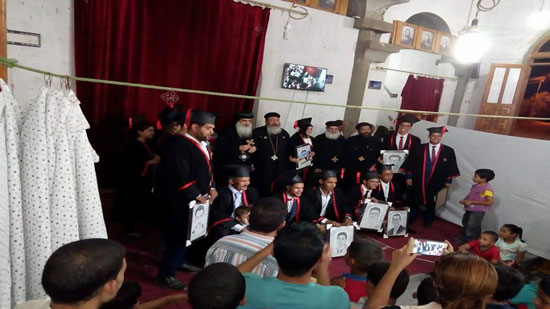 Abba Yousab, bishop of Luxor, honored hundreds of graduates and outstanding students of the bishopric. The celebration was held at the Saints monastery in Luxor and included several choirs and theater performance.

Bishop of Qena perfumes the remains of St. Rebecca and the three peasants

Abba Shrobeim, Bishop of Qena, celebrated the holy mass at the church of St. Mary in Qena to celebrate the feat of the martyrdom of Saint Rebecca. During the feast, he perfumed the remains of Saint Rebecca and the three peasants. 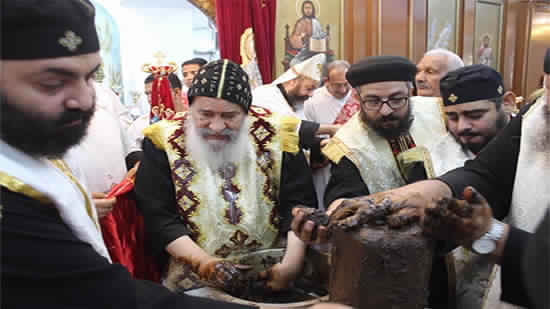 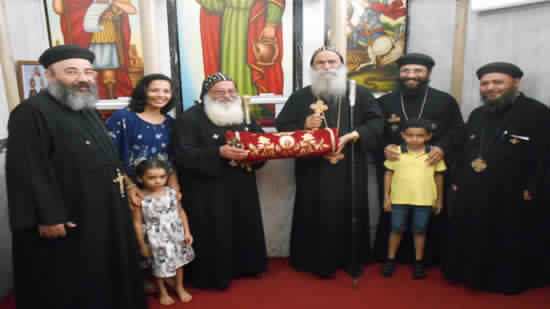 Abba Giovany, Bishop of Hungary, Romania, the Czech Republic, Slovenia and Poland, has celebrated the holy mass at the church of St. Demiana in Naqada. Abba Bemen, Bishop of Naqada, received the Bishop of Hungary and accompanied him during visiting a number of churches of the diocese.

Coptic Church in Turin and Rome celebrate the martyrs on Nayrouz

The Coptic Church of Turin and Rome celebrated the glorious feast of Nayrouz starting with the oly mass headed by His Grace Bishop Barnabas and the clergy of Rome. During the celebration, three deacons were ordained at the rank of Ebsaltus and the choir presented a number of Coptic hymns and spiritual songs. 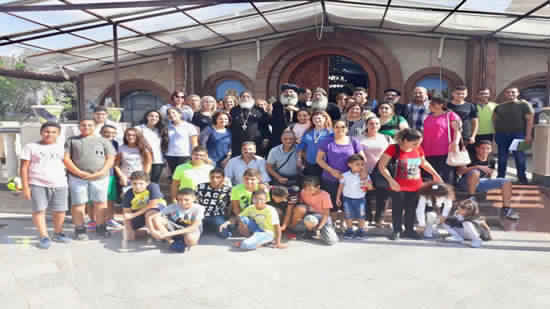 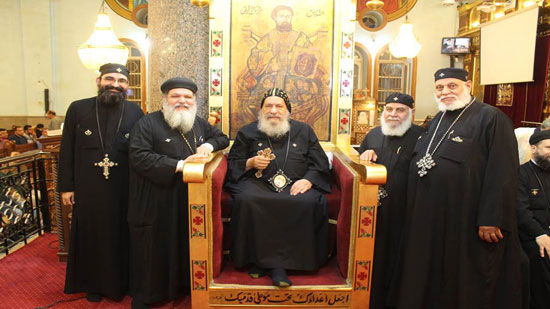 Archbishop of Qena celebrates the return of His Grace Bishop Sharubim

The Qena Archbishop celebrated today the return of Bishop Sharubim of Qena who was receiving medical treatment abroad. The celebration was attended by clergy and congregation of the diocese.

Church of the Theban Legion Celebrates the Feast of St. Verena

The Church of St. George and the Theban Legion in Gragos, Qus, celebrated the feast of St. Verena. The celebration was attended by hundreds of the people of the church who witnessed the perfume of remains of St. Verena and took her blessings. 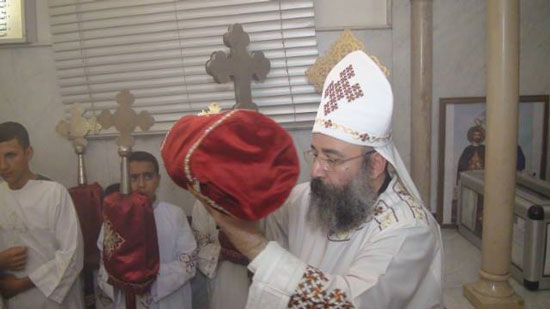 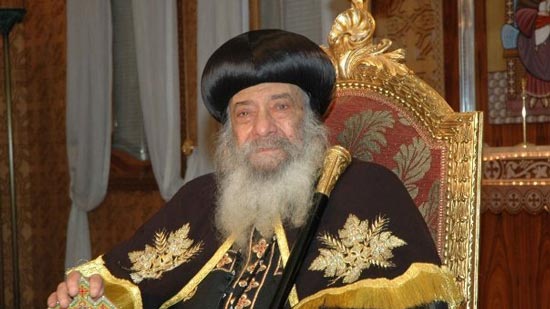 The Priests of Dishna Diocese denied rumors about the removal of Pope Shenouda s images from the churches of the diocese. They added that Abba Takla, Bishop of Dishna presented pictures of the late Pope to be put at churches administrative building, and always takes pride in being ordained by the late Pope Shenouda and even ordained a priest named Shenouda.

Abba Hedra, Metropolitan of Aswan, traveled to the United States on a therapeutic trip to change the left knee joint. He was received in America by a number of his beloved sons who wish him speedy recovery. 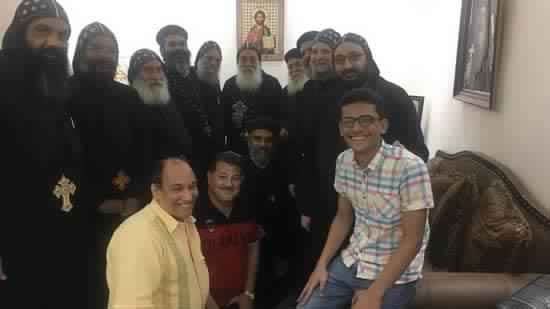 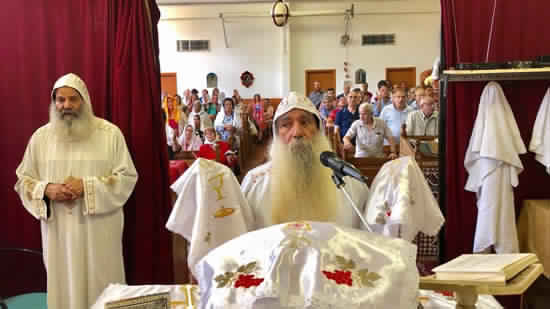 Bishop of Nag Hammadi visits Italy in a pastoral visit

Sunday school committee at Dishna diocese organized a spiritual meeting for the ministers in the presence of Abba Bemen, bishop of Qus, and Abba Takla, bishop of Dishna. The ministers visited the body of St. Besntaus that was recently discovered at the monastery. 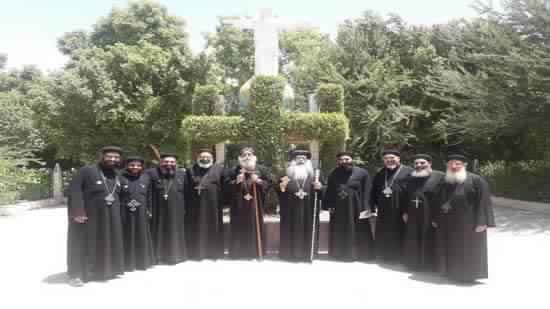 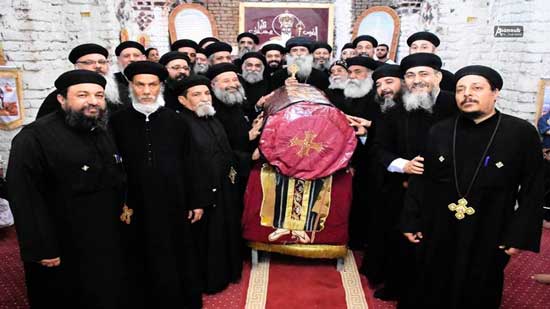 Abba Beyman, Bishop of the Qus and Naqada Diocese and the Head of the Monastery of the Archangel Michael in Basrah, celebrated the Holy Mass at the Monastery of the Great Saint Abba Bsentaous in Naqada. He perfumed the remains of the saint whose body was discovered couple of days ago under the main alter of the monastery. The cemetery dates back nearly 14 centuries.

Both of them is crazy

Attacking the Cops and their churches in Egypt is still happening, and the murderer is still acquitted as well. The best way to prove the murderer not guilty is by calling him crazy. This is usually the case in most sectarian attacks. Bing crazy or psychopath is the most known way to acquit murderers of the Copts. This was the case in the very first attack by ISIS in Alexandria in 2006 when a terrorist attacked th