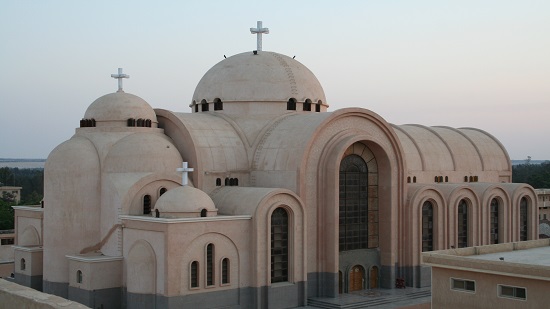 The Monasteries and Monastic Commission announced that it will meet tomorrow in the monastery of St. Bishoy in Wadil Natroun, to discuss the most prominent files with members of the Holy Synod and headed by Pope Tawadros II. According to church sources, the discussions are expected to be aimed at controlling the monastic life after the murder of Bishop Epiphanius, head of St. Makar monastery.

5 new priests ordained in the Feast of St. Ibram in Fayoum

5 new priests participated in the 105 anniversary of St. Abraam in Fayoum which was headed by Bishops Lucas of Abnoub, Salib of Mit Ghamr and Abraam of Fayoum. The new priests are Fathers Makarious Badry, Faltaous Makin, Nofir Youssef, Nahamia Isaac, Youlious Fekry are going to spend 40 days of spiritual retreat at a monastery according to the Coptic ritual. 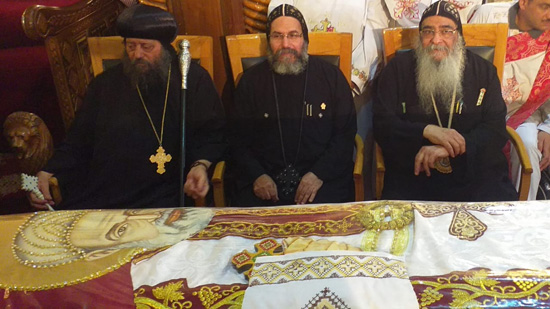 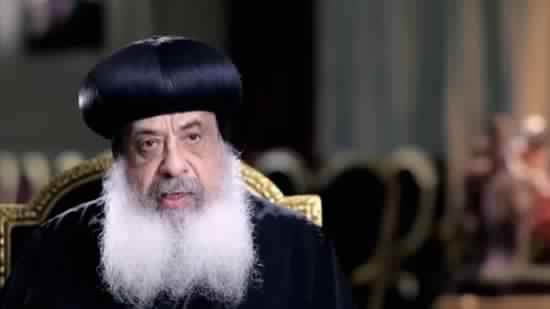 Bishop Daniel: The Holy Synod will not discuss the issue of the unification of the holidays at its next meeting

Bishop Daniel, Secretary General of the Holy Synod of the Coptic Orthodox Church said that the Holy Synod will not discuss the issue of the unification of the holidays at its next meeting This month. Pope Tawadros had talked about unifying the date of celebrating Christmas and Easter among the Eastern and Western Churches, which was expected to be discussed by the Holy Synod later.

Egypt grants its nationality to foreigners for 10.000 US Dollars

The National Defense and Security Committee of the Egyptian House of Representatives approved a draft law submitted by the government that enables foreigners to obtain Egyptian citizenship for only ten thousand dollars. The draft law, according to Major General Kamal Amer, to grant citizenship in return for investment or paying money in order to develop the economy while achieving national security. 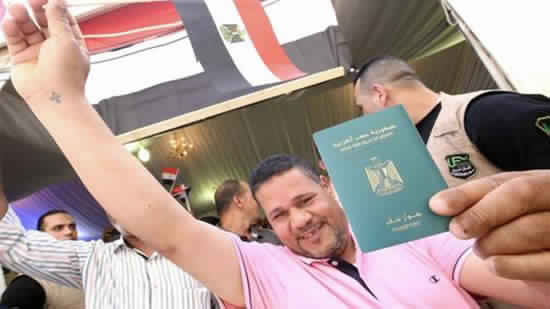 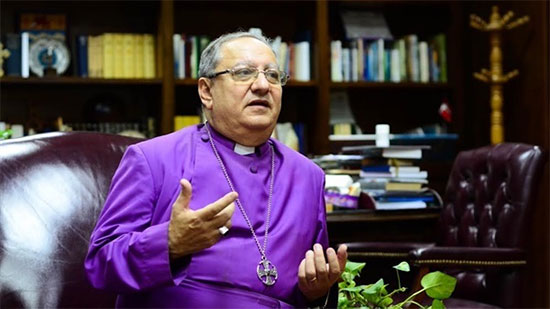 Bishop Mounir Hanna: joint project with Al-Azhar to spread a culture of acceptance of the other

Rev. Mounir Hanna, Archbishop of the Episcopal Church in Egypt, North Africa and the Horn of Africa, said that the church had agreed with Al-Azhar Foundation to implement a project that aims to spread a culture of acceptance of the other. He added that the project aims to teach the history of ancient churches and mosques in Egypt.

The first Coptic Orthodox marriage was celebrated in Japan at the Church of St. Mark inaugurated by Pope Tawadros II two years ago. The celebration was headed by Father Moussa Ayyad and attended by families of the bride and groom. 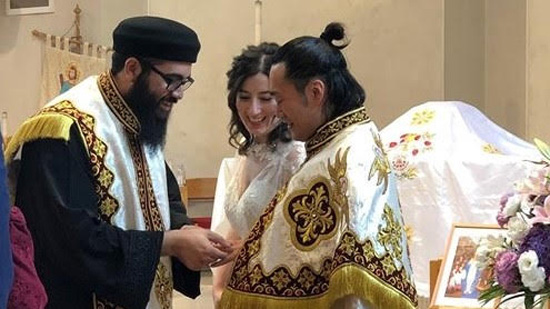 signs a contract with CAF to sponsor the upcoming AFCON

Egypt s Tourism Minister Rania Al-Mashat said that Egypt has signed a contract with the Confederation of African Football (CAF) to sponsor the upcoming African Cup of Nations (AFCON), which is being hosted by Egypt from 21 June to 19 July. Al-Mashat highlighted the importance of such event in Egypt as a chance to promote tourism in Egypt.

A Coptic young man has disappeared from his father s home and a sheet of paper was found saying: your son is with us . Police were reported and the matter is currently under investigation. 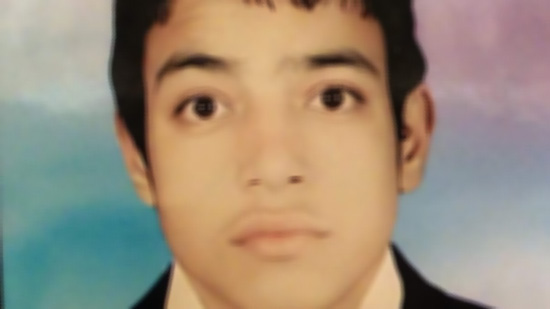 St. Georges Coptic Orthodox Church in the north of Minya Governorate received its permit after it was burned on Easter eve. The original building was demolished and the temporary tent dedicated to prayers were totally destroyed in the fire. 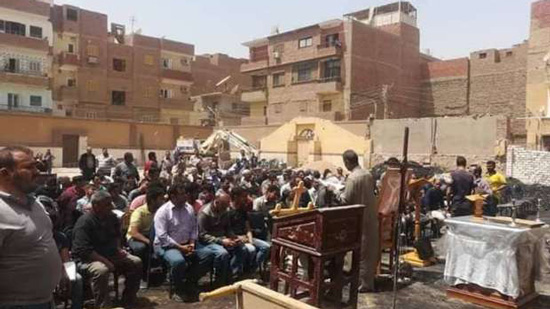 The paving process of the road to the Monastery of St. Samuel starts

The first phase of paving the road through the monastery of St. Samuel the Confessor in Minya started, which is estimated at 22 km. The paving of the road began after many appeals after this road witnessed two terrorist incidents resulting in the death of more than forty people and the injury of more than 20 others.

Bishop Makarios of Minya ordained 58 new deacons at St. Mary Church in Falahin village. He also visited a number of patients in the village. 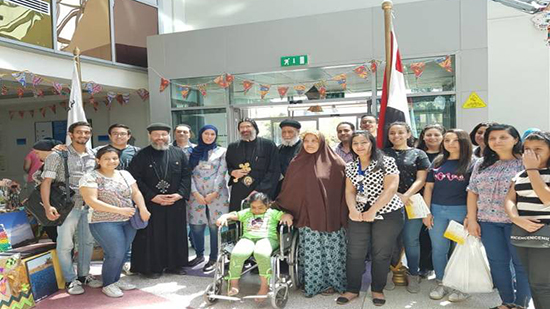 Bishop Angelos of the Northern Shubra of Shubra visited the Children s Cancer Hospital 57357 and celebrated the Holy Mass at the Church attached to the Hospital. He also distributed gifts on the children receiving treatment at the hospital, who are counted more than 300 patients, and there are 700 other patients receiving treatment on a daily basis.

The Monastery of the Virgin Mary in Jabal al-Tir is preparing to receive 2 million Copts and Muslims at the annual celebration held from May 30 to June 6. Police announced taking extra security measures to secure the celebrations and its visitors. 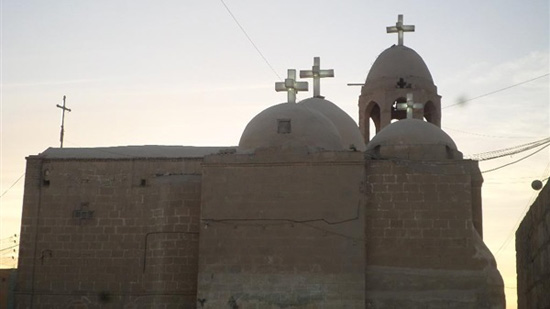 58 new deacons were ordained by Bishop Makarious of Minya at the church of the virgin in Falahin village, Minya. 3 children were baptized in the presence of several clergy and the congregation of the church.

Bishop Agathon celebrates the commemoration of the martyrs of the Monastery of St. Samuel

Bishop Agathon of Maghagha and Adwa celebrated the commemoration of the martyrs of the Monastery of St. Samuel in Minya. The celebration was attended by a number of monks and clergy as well as families of the martyrs from Garnous village. 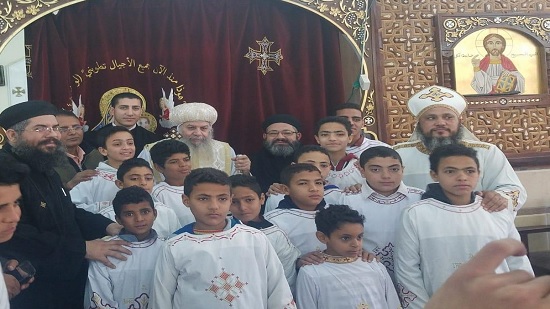 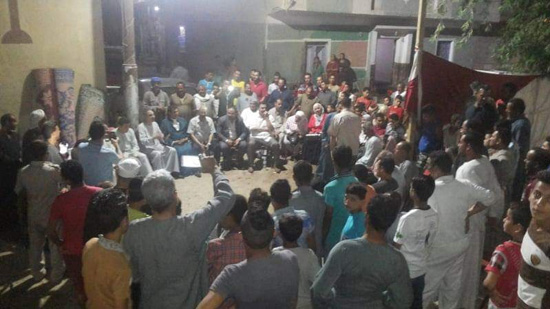 Coptic Church in Minya held Iftar Banquet at Ezbet Nassara, Western of Samalout. The banquet was held during the month of Ramadan, to serve meals free of charge to Muslims and Christens to prove their unity and mutual love.

Pope Tawadros perfumes the remains of St. Athanasius in Germany

Pope Tawadros II. Pope of Alexandria and Patriarch of St. Mark See, perfumed the remains of St. Athanasius at the Cathedral of St. Athanasius in Bitburg, Germany. Pope is currently in a pastoral care visit to Europe that ends on May 20th. Pope is also going to visit schön klinik treatment center where he performed back surgery last year to perform a medical check up. 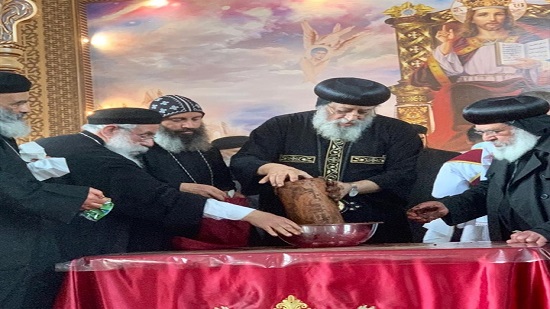 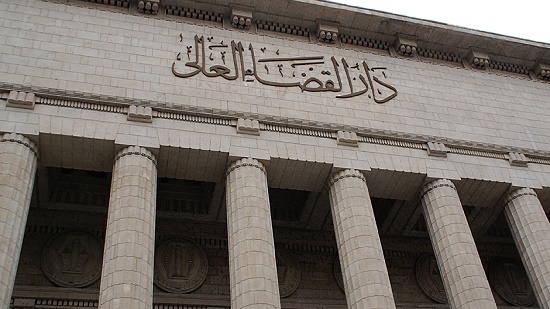 The Court of Appeal of Cairo ruled to equally distribute heritage among male and female in the inheritance. Such ruling came in accordance with Article 3 of the Constitution and Article 247 of the Coptic Orthodox Church s regulations.

Bishop Moussa of Youth Bishopric celebrates 39th anniversary of his ordination as Bishop on May 30th. The celebration will be held after HG returns to Egypt from a pastoral care visit abroad. It is worth mentioning that Bishop Moussa was ordained bishop by the late Pope Shenouda III on May 25, 1980. Bishop of Minya celebrates the Holy Mass in Rome

Bishop Makarious of Minya celebrated the Holy Mass at the Church of St. George in Rome with Bishops Pachom and Bernaba and priests of Rome and Turin. This came during his pastoral care visit to Rome during the 50 days following the Resurrection Sunday.

Coptic Church and the digital revolution

The Coptic Orthodox Church is considered one of the oldest traditional churches, which adopts the old patterns, which extends in its roots to the first church, so it is called an abbey church. This gives it the status of originality in believes and practice and guarantees greater stability. It is a living being, composed of human beings who carried these beliefs and agreed on the system of practices that they transla