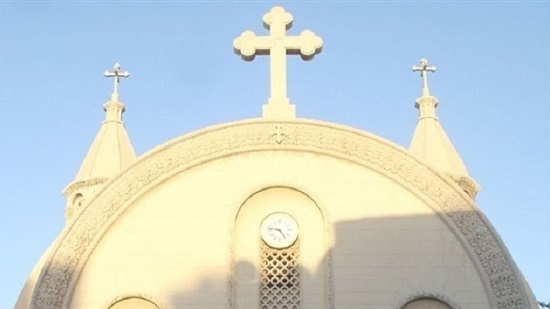 The Egyptian Orthodox Church celebrated yesterday the feast of Pope Saint Milieos, third Pope of Alexandria. He was elected Pope of Alexandria during the persecution against Copts by the Roman Emperor Domitian and took office for 11 years, 9 months from 13 December 83 till 11 September 95.

Bishop of Fayoum honors 400 winners of the Keraza festival

Bishop Abraam of Fayoum honored about 400 winners of the Keraza festival for all stages and sectors of service and ecclesiastical activities. The celebration was held at the church of St. George in Fayoum in the presence of clergy and congregation. 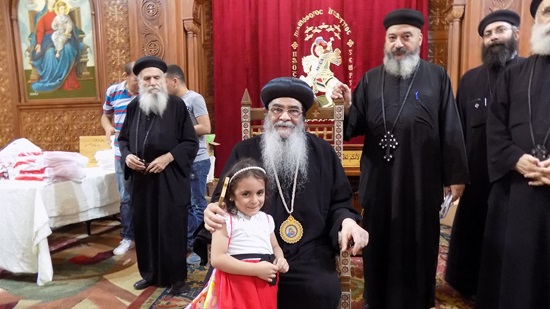 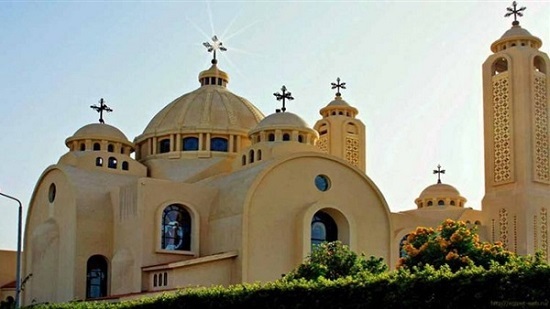 Church of the Virgin in Pegam celebrates the Golden Jubilee

The diocese of Shubra Al Khaimah celebrates the Golden Jubilee of the Church of the Virgin Mary in Pegam. The celebration is presided over by Bishop Marcos of Shubra El-Kheima. The church was built in 1969, while the first mass was held inside the church on May 25, 1969.

Coptic Church celebrates the new Coptic year today with social prayers and praises over night. Special food is also included in the celebration, namely: Red dates and guava, which refers to the blood of the martyrs and their strong faith. Vendors of dates and guava sold their goods in front of the churches as Copts celebrate Nayrouz by eating those fruits. Nayrouz or Neyrouz is a feast when martyrs and confessors are commemorated within the Coptic Orthodox Church. Celebrated on September 11, the day is also the start of the Coptic new year and its first month, Thout. 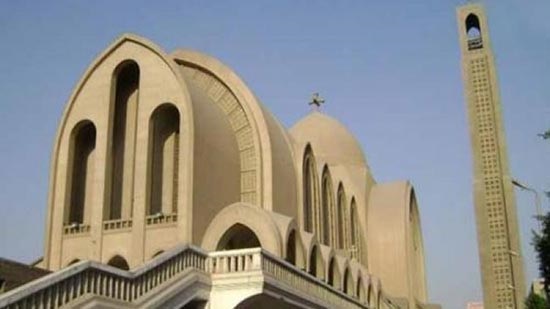 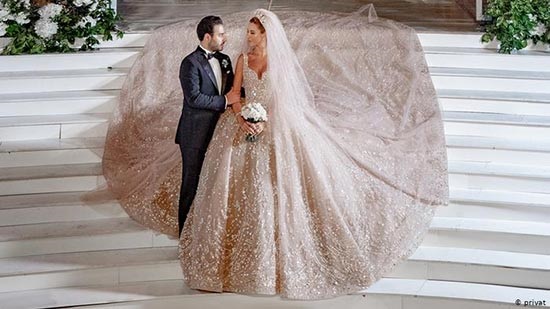 Debate over mixed marriage in Lebanon

A Muslim girl named Serena Mamlouk got married to a young Christian man in Lebanon called Antony Qaour, which sparked widespread reactions through the media and social networking sites. Their marriage was considered a sign on peaceful coexistence between religions, while others assured such marriage violates Islamic laws. A group of artists and civil rights activists defended their rights and said that different religions are united by love.

Bishop Athanasius inaugurates the Church of the Virgin in Beni Mazar

Bishop Athanasius of Beni Mazar and Bahnasa inaugurated the Church of the Virgin in Beni Mazar after its renovation. 3 alters and one baptism were inaugurated in addition to the Coptic icons and the holy vessels. 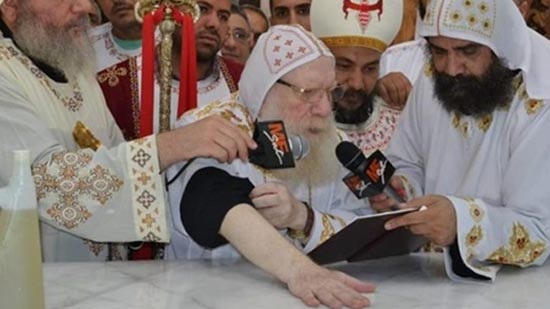 Copts celebrated the new Coptic year next Wednesday with eating special food, namely: Red dates and guava, which refers to the blood of the martyrs and their strong faith. Vendors of dates and guava sold their goods in front of the churches as Copts celebrate Nayrouz by eating those fruits. Nayrouz or Neyrouz is a feast when martyrs and confessors are commemorated within the Coptic Orthodox Church. Celebrated on September 11, the day is also the start of the Coptic new year and its first month, Thout.

Bani Mazar diocese announced that Abba Athanasius, Bishop of the diocese, will inaugurate on Monday the alters of the Church of St. Mary in the village of Sinarya in Beni Mazar, Minya. A number of monks, clergy and the congregation will participate in the inauguration ceremony. 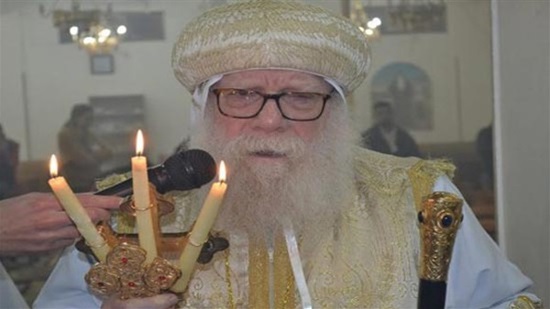 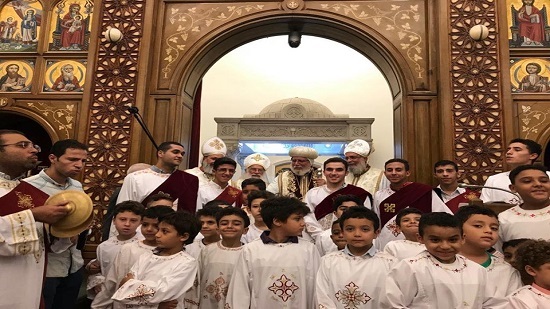 New deacons ordained at the Church of St. George in Almaza

Abba Eklimidus, general bishop of Almaza and Al-Haganah and East Nasr City Churches, ordained a group of new deacons at the church of St. George in Alamaza. The new deacons were ordained in the ranks of Ebsaltus ( chanter) and Oghnostos (reader). 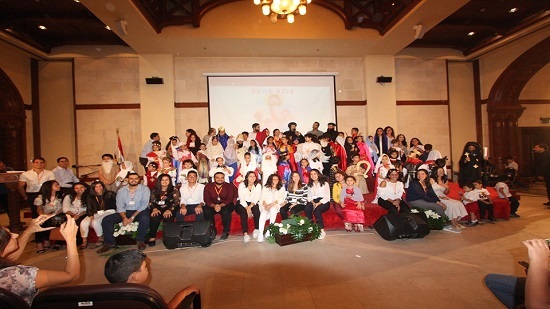 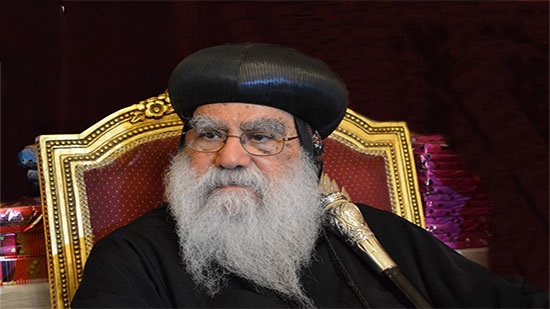 Beheira diocese announced that Archbishop Pachomious is fine after he was involved in a car accident while he was returning from the monastery of St. Makarios in Galali Mount. In a statement, the diocese said that he returned to the monastery of the Syrian in Wadil Natroun. 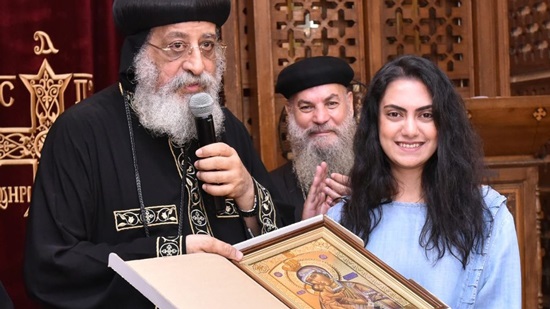 Pope Tawadros II honored Dr. Mirna Hosni, a student of pharmacy at the British University in Egypt who achieved first place over 45 teams, while she stood alone in the competition. Mirna took only quarter of the time since she started late, which proves her achievement. Yet, this shows disrespect and recklessness of some officials concerning those who represent Egypt abroad. Those responsible didn t read the conditions carefully since the didn t notice that a team should consists of 5 members and not only one.

Beni Suef Diocese concluded the 13th conference for youth entitled ‘Discover Yourself’ held at the Monastery of Our Lady in Bayad for three days. The conference was held under the auspices of His Holiness Pope Tawadros II, Pope of Alexandria and Patriarch of Saint Mark See, and Bishop Gabriel of Beni Suef. 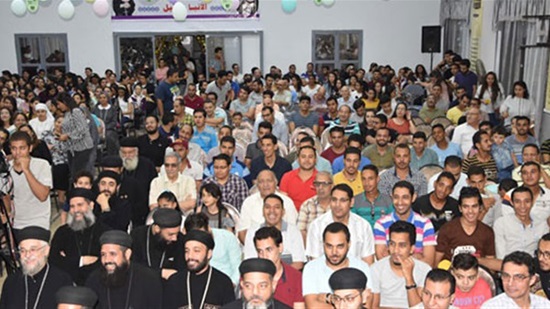 A delegation of Middle Eastern churches, headed by Dr. Soraya Beshaalani Secretary General of the Middle East Council of Churches, visited His Holiness Pope Francis. The delegation discussed the history of the council and its ecumenical mission in a meeting lasted for 40 minutes, and thanked the Pope for the extraordinary initiatives he launched in order to strengthen ecumenical work.

Coptic Orthodox Church decided to lift penalties for monk Yoel of St. Makarious monastery as he was prevented from holding holy masses after his voice recording accusing the late Pope Shenouda of ruining the monastic life. The monk received the punishment after a complaint by Bishop Serapion of Los Angeles to the monk committee of the Holy Synod. 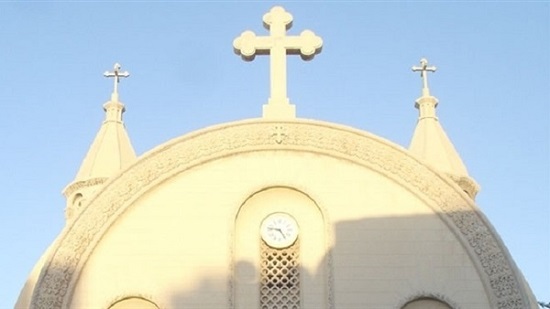 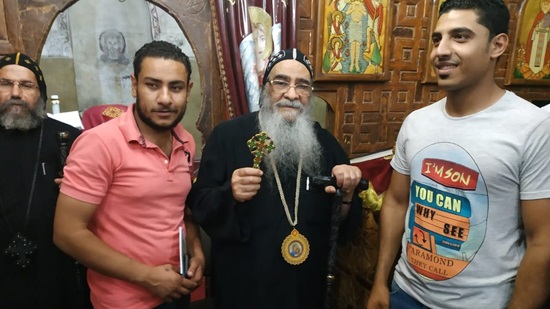 Coptic Bishop of Northern France Abba Marcos visited Monsieur Michel Bonsoir, Bishop of Essonne, in his headquarters. They both expressed their happiness to meet one another. This came after the Coptic Orthodox Church celebrated the feast of our Lady. 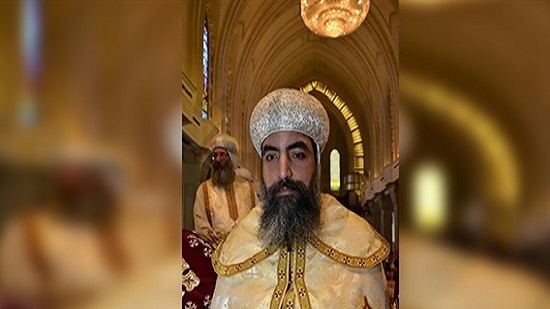 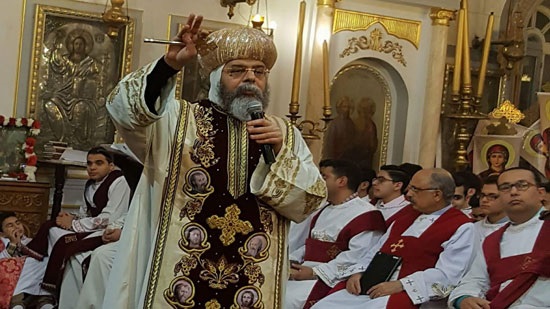 Bishop Timothaous Zagazig perfumed the remains of St. Tekle Haimanot the Ethiopian in his church in Zagaizg. The celebration was attended by hundreds of the Ethiopian community in Egypt who hail the saint.

Boko Haram terrorist group killed eight Nigerian farmers in the northeast of Nigeria, eyewitnesses said. The terrorists attacked the village of Palomari, 15 km from Maiduguri, the provincial capital of Borno state, slaughtering four men and capturing two others. On Saturday, "terrorists seized and beheaded four farmers working on their farms" in Jidan and Aya, on the outskirts of Maiduguri, according to local militia leader Babakura Kolo. For his part, Al-Azhar Observatory condemned these recurring incidents assuring they don’t belong to teaching of Islam. 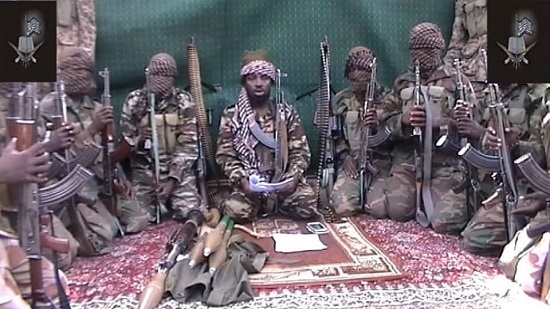 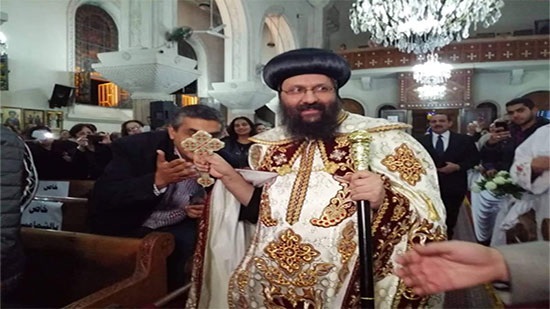 Bishop Hermina of the Churches of East Alexandria will participate in the monthly meeting of the Orthodox Center for Patriarchal Studies, which will be held on Monday evening at the headquarters of the Center. The bishop will deliver a lecture about the Eucharist in the thought of St. Cyril of Alexandria.