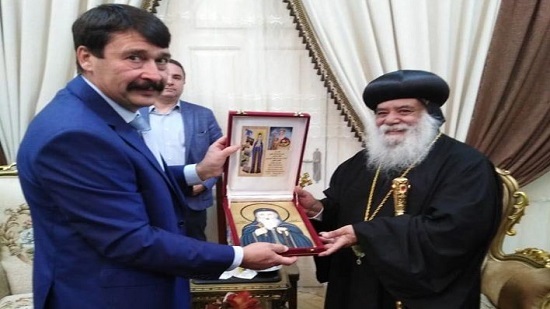 Hungarian President visits the Monastery of El Shayeb in Luxor

Mr. Janusz Adir, President of Hungary, with the first lady of Hungary and their daughter, visited the Monastery of El Shayeb in Luxor. They were received by the Bishop and Head of the Monastery HG Bishop Silwanis and a number of monks. 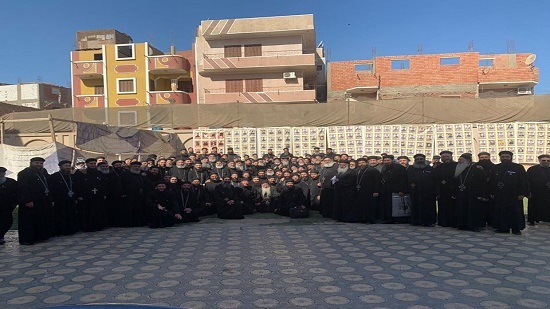 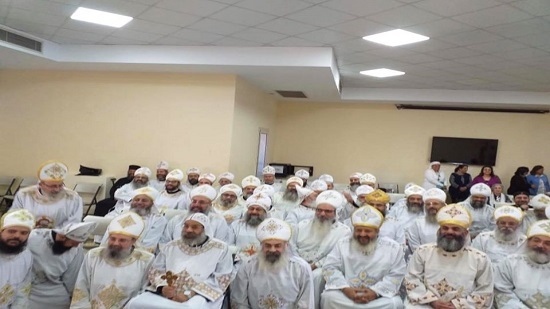 Conference of priests of downtown Cairo discusses Priests and Liturgy

Conference of priests in downtown Cairo was held at St. Mary Conference house in Sherouk, Cairo from November 26-28. The conference was headed by HG Bishop Raphael of downtown Cairo churches and discussed the topic of liturgy in the life of Coptic priests.

Bihsop Eklimindos of Nasr City ordained 22 new deacons from the Sudan in the basic rank of Ebsaltus translated chanter. They were drained at the Church of Our Lady and St. Mina in the East of Nasr City. 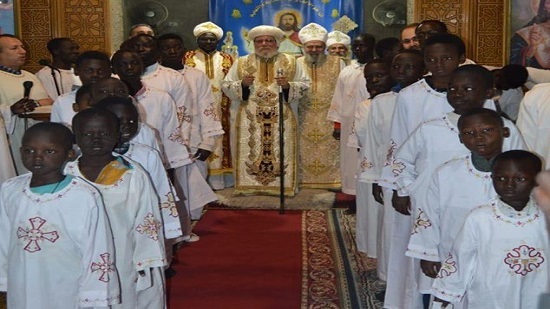 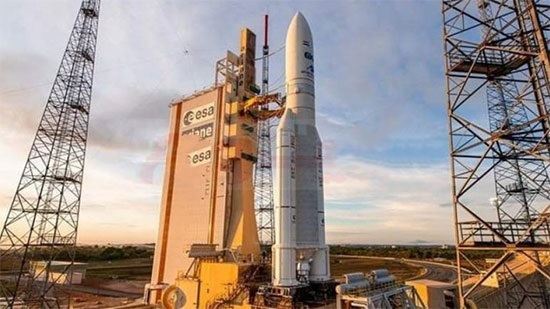 Egypt’s first telecommunications satellite, namely Tiba- 1, was launched yesterday from a space centre in French Guiana, on the northeast coast of South America. Tiba-1 s expected to provide and boost internet and telecommunication services across Egypt, and will contribute to developing health, education, and energy fields, not to mention improving services in government sectors across Egypt.

His Holiness Pope Tawadros II inaugurated the Cathedral of the Virgin and Joseph the Carpenter at Ezbet El Nakhl, Cairo. 3 alters and icons of the church were inaugurated, and the small chapel of the Virgin Mary, St. Mark the Apostle and St, George was inagurated as well. 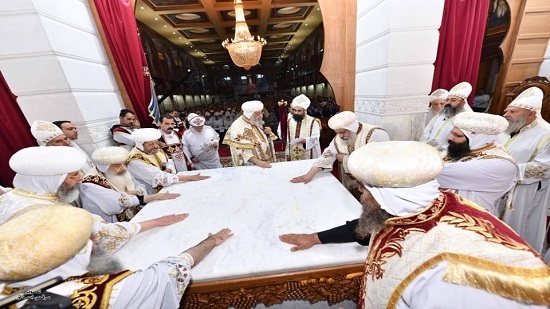 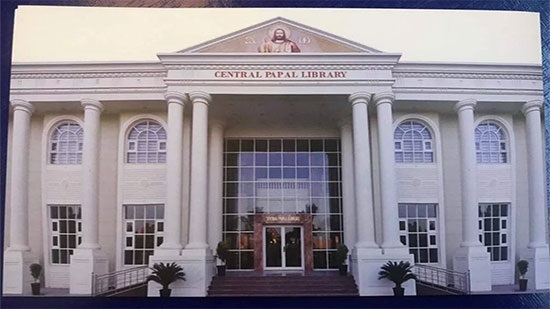 Pope Tawadros II, Pope of Alexandria and Patriarch of St. Mark See, opened yesterday the Central Papal Library in the monastery of St. Bishoy in Wadil Natroun, which will be the largest Coptic library in the world. Pope said that the design of the library took the form of architecture that existed in the time of Jesus Christ, and is decorated with high columns that reflect the greatness of knowledge such as the temples of Karnak and the ancient Greek temples. The establishment of the library began in 2017and the library is designed to be a reference for Coptic life, culture, language and history.

Abba Pachomious, former acting Patriarch, celebrated 57 anniversary of his ordination as monk at the Syrian monastery of Wadil Natroun. The celebration was attended by several members of the Holy Synod and the monks. 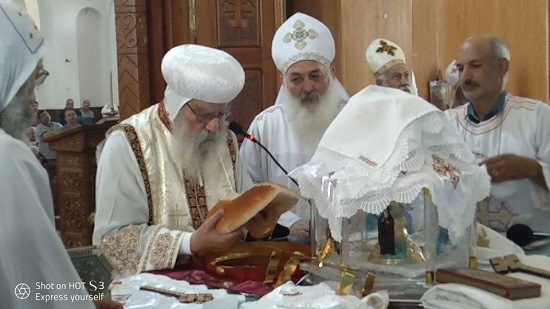 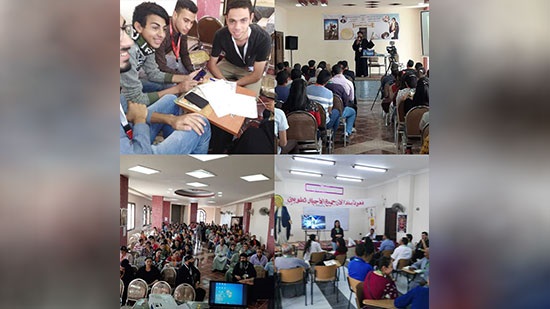 Ambassador Nabila Makram Abdel Shahid, Minister of State for Migration and Egyptians Abroad Affairs, congratulated lawyer Amira Mohamed Ali, a German-Egyptian politician, who won the German Parliament elections. Ambassador Nabila expressed her happiness for the achievements of the young lawyer, who is one of the sons of the second generation of Egyptians immigrating to Germany, affirming the ministry s full support for her as an important Egyptian and Arab voice in the German parliament, which is characterized by diversity and intellectual diversity. Amira Mohamed Ali was born in Hamburg, Germany in 1980 to an Egyptian father from Port Said and a German mother. She lived for a long time in Oldenburg, Lower Saxony, and works as a lawyer. She entered the German parliament in 2017. 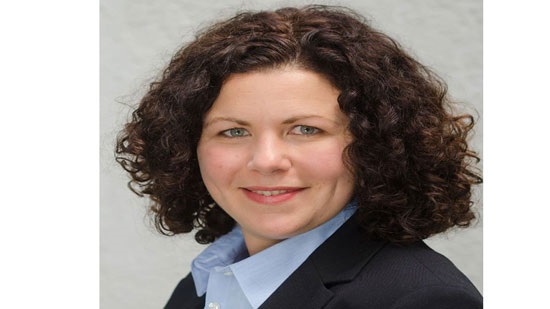 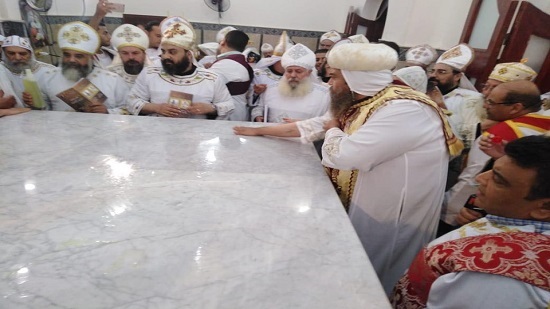 Bishop of Manfalout inaugurates a church and consecrates 5 deaconesses

HG Bishop Theophilus of Manfalout inaugurated the church of the Virgin Mary in Bani Odiat village with the participation of HG Bishop Lucas of Abnoub, Bishop Yoannis of Assiut and Bishop Pigol, Head of the Muharraq Monastery. During the ceremony 5 consecrated deaconesses were ordained for the ministry in the diocese and 7 priests were promoted to the rank of Hegumin. 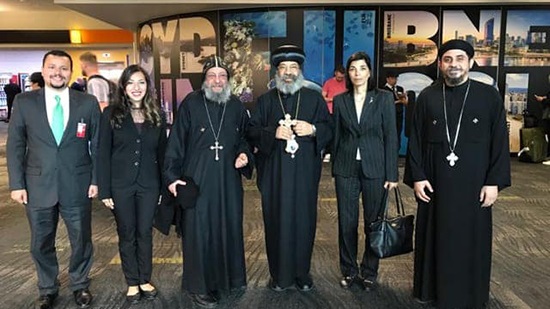 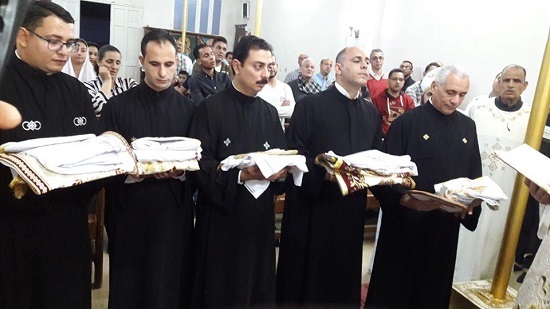 Five new priests ordained at the diocese of Sanbo and Dayrout

Bishop Bisanti of Hilwan and Maasara ordained 460 new deacon for 7 churches in Helwan. This came during the Holy Mass cleebrated today at the monastery of St. Barsoum the Naked in Maasara. 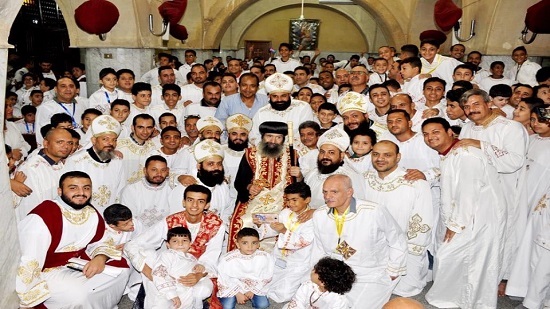 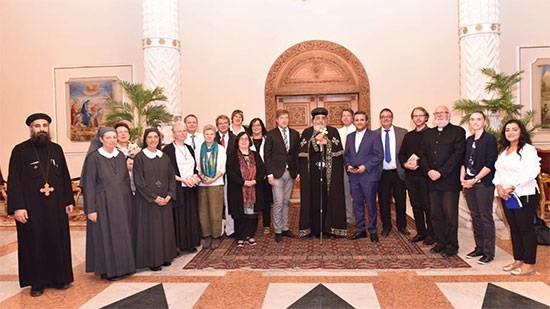 His Holiness Pope Tawadros II, received at the Papal Headquarters of the Abbassia a delegation of 16 members from the German evangelical pastors, who are currently visiting Egypt. They visited a number of Egyptian tourist attractions and expressed their admiration for the effort to help the poor and the strong relationship between Copts and Muslims through the family house association. Pope talked to them about the history of the Coptic church and its spiritual and social role in the lives of the congregation.

His Holiness Pope Tawadros II, inaugurated the Conference of Lausanne Dialogue Initiative with the Orthodox Churches, which is held for the first time in Egypt. The conference is hosted by the Coptic Orthodox Church and lasts four days with the participation of 50 people from several churches and seminaries. 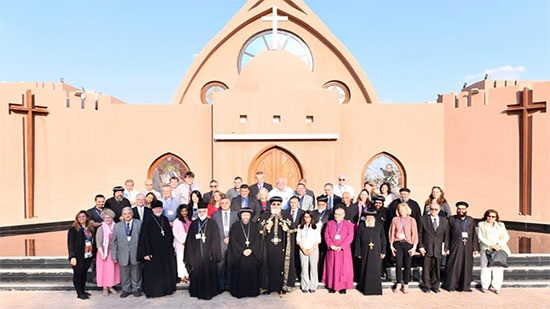 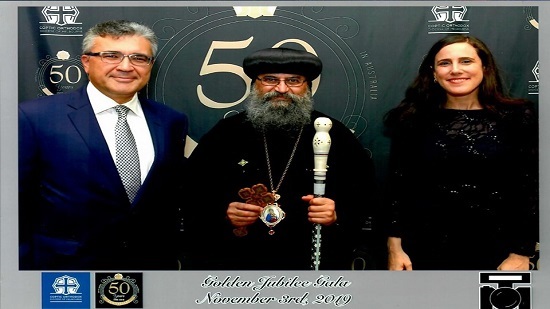 Egyptian Consul General in Melbourne Participated in the celebration of the Coptic Church Golden Jubilee in Australia. More than 400 people participated in the celebration, headed by HG Bishop Rafael, Bishop General of the Central Cairo Churches, HG Bishop Daniel, Bishop and Head of St. Shenouda Monastery in Sydney, and a number of guests of honor, led by Bishop Huggins Phillip, head of national council of churches in Australia, and a number of Australian officials.

Pope Tawadros II, Pope of Alexandria and Patriarch of St. Mark See, laid the foundation stone of KEMI Medical Hospital in Obour City in the presence of Bishops Daniel, Angelos and Youlios, members of the Holy Synod. The project is one of the projects of the Pontifical Office for Projects and Relations. 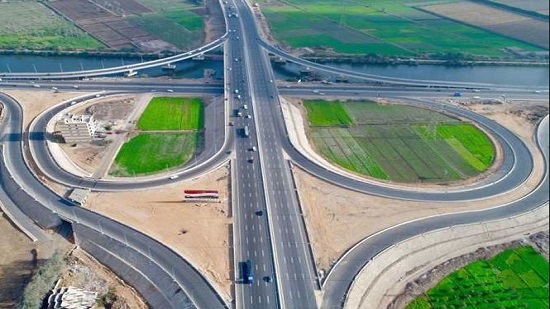 The Media Center of the Egyptian Council of Ministers said that Egypt reached 28th in road quality index in 2019. It published an infographic highlights the extent Reflection of road projects implemented by the country on Egypt s global ranking in the road quality index during the period from 2014 to 2019, where Egypt advanced from 107 rank to 28th.

Bishop Markos inaugurates the Church of the Virgin and St. Mark in Shubra al-Khaimah

Abba Markos, Archbishop of Shubra al-Khaimah, inaugurated today the Church of the Virgin and St. Mark in the diocese. Many people participated in the celebration during which the icons and holy vessels of the church were inaugurated. 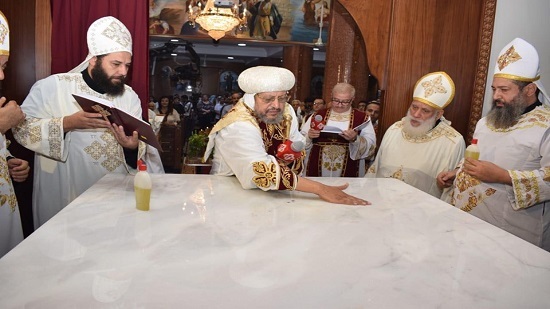 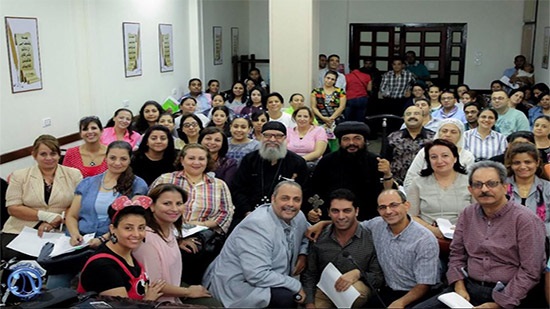 The Church of St. Shenouda in Hurghada hosted 200 trainees who attended 8 workshops as part of the the project of training 1000 ecclesiastical teachers. Bishop Ilarion of Hurghada delivered a speech about the heritage of the Coptic Church.

With the expansion of media spaces available in all forms, media started to pursue former ministers, officials, and governors to make comparisons between the current and former officials, to cry upon the spilt milk and attack the current officials! Many former officials enjoy talking to media about alternative plans, strategy and magic tools to solve problems! Unfortunately, media support such attitude instead of