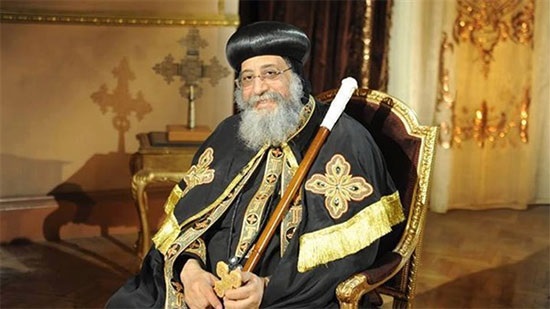 Church spokesman: Pope request to pray for him is part of a spiritual exercises

Father Paul Halim, spokesman of the Coptic Church, said that Pope Tawadros is fine and is holding meetings with the bishops is part of his daily routine. He added that Pope’s call to pray for him came as part of a spiritual exercise during the fasting of the Apostles.

Patriarch Kirill, head of the Russian Orthodox Church, expressed his deep concern about the calls made by some Turkish politicians to review the current status of the museum of the Hagia Sophia Church and convert it into a mosque. He described this action as threat to Christianity. The Patraich said that this church was built in the sixth century in honor of Christ the Savior, and it is of great importance to the entire Orthodox Church, especially the Russian Church. Kirill said in a statement issued by his press office: I am very concerned about calls by some Turkish politicians to review the status of the Hagia Sophia as a museum. 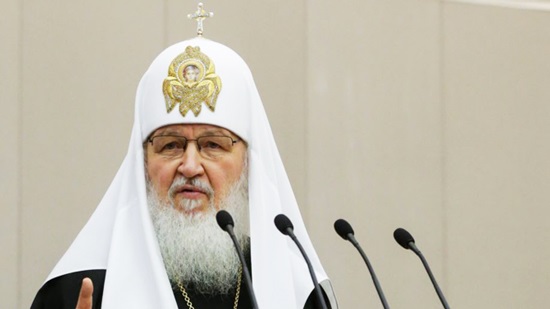 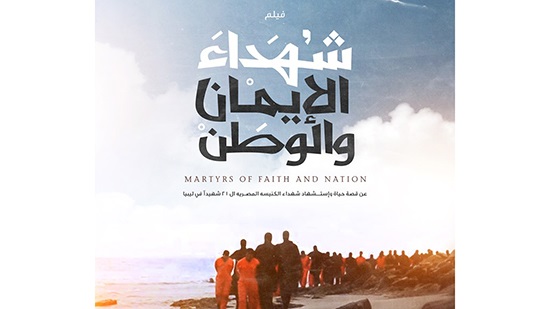 Coptic Church produces a movie about its 21 martyrs in Libya

Coptic Orthodox Church announced it will produce a movie about its 21 martyrs in Libya. The movie is produced under the supervision of Pope Tawadros II and Bisho Pfnotious of Smallout.

Coptic monasteries are closed before visitors until another notice

A number of Coptic monasteries announced their closure before visitors during the current period following the decisions of the Permanent Committee of the Holy Synod. The prayers of the Holy Mass in monasteries will be limited to monks only until the Holy Synod will issue another decision in that account. The monasteries also canceled its annual celebrations in several governorates due to the spread of the Coronavirus. 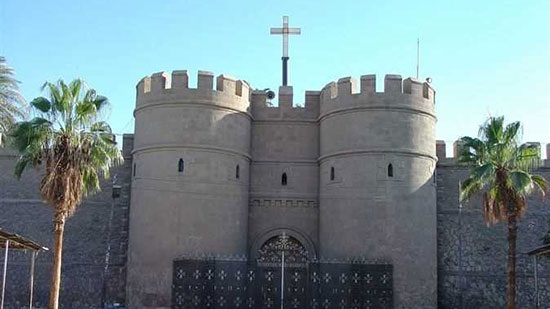 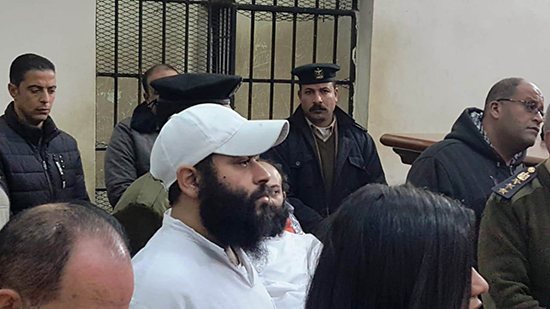 Court of Cassation issued a final ruling to confirm the former death sentence to Monks accused of killing Bishop Epiphanius of St. Macarius Monastery in Wadi El-Natroun. Bishop Epiphanius was found dead on July 29 inside the monastery and two monks, who were kept in detention pending investigation since then, confessed their crime. The expelled monk Ash’eyaa, whose birth name is Wael Saad, and Monk Faltaous al-Makary, whose birth name is Raymond Rasmi Mansour, were charged of deliberate murder of Bishop Epiphanius.

The Coptic Orthodox Church announced the death of Father Pachomius Fouad, priest of St. John in Nag Hammadi, Qena, who was the sixth priest infected with COVID-19 virus. The priest tested positive 10 days ago and was moved to Isolation Hospital in Luxor where he died. 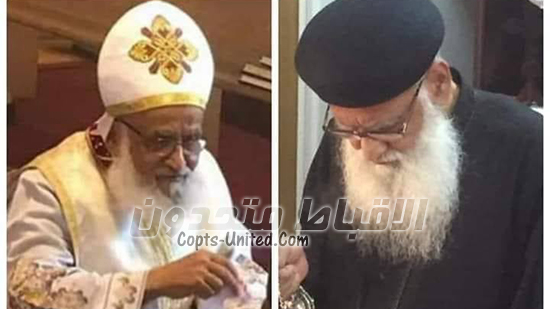 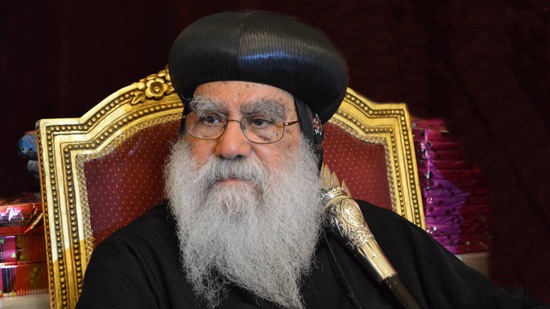 Archbishop Pachomius of Behirah and former Acting Patriarch, decided to extend the closure of churches in the diocese till mid-July to prevent the spread of COVID-19 pandemic. He decided to celebrate the feast of the Apostles with only one priest and four deacons and 25 of the congregation. This came after the Holy Synod of the Coptic Orthodox Church gave bishops the authority to decide when and how to reopen their churches in order to insure safety of the people.

Bishop Agathon decides to open the churches of Maghagha

Bishop Agathon of Maghagha and Adwa decided to open the churches of the diocese this week while maintaing all precautionary measures and all instructions issued by the Permanent Committee of the Holy Synod regarding prayers and number of attendees. The decision of the Committee gave bishops the authority to decide when and how to reopen their churches in order to insure safety of the people. 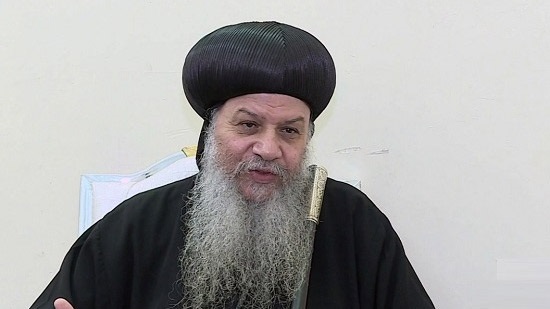 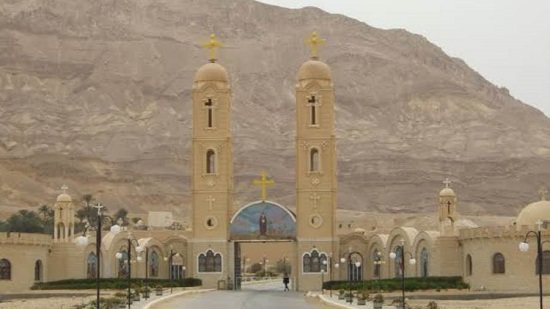 The oldest Monastery in the world continue closure till mid-July

The Monastery of St. Anthony in the Red Sea, which is the oldest monastery in the world, issued a statement to announce it will continue closure for two extra weeks and no visitors will be allowed during that period. The monastery said that the decision will be revised in two weeks and prayed that God may remove this epidemic from the world.

For the first time in 3 months, the churches of the Red Sea dioceses have celebrated the holy mass amid precautionary measures according to the decision of the Holy Synod headed by His Holiness Pope Tawadros II, the decision which permitted each bishop to decide to reopen or to continue closure of the churches in the diocese. The church organized four masses on two altars, in order to give an opportunity to the largest number of worshippers to celebrate the holy mass and take communion. 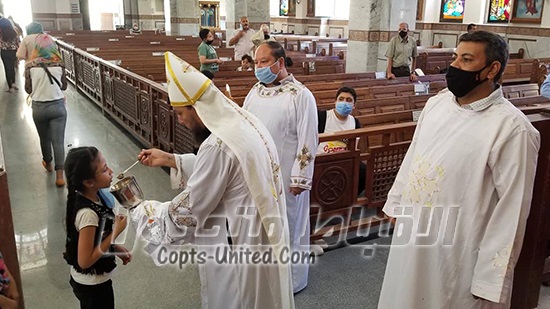 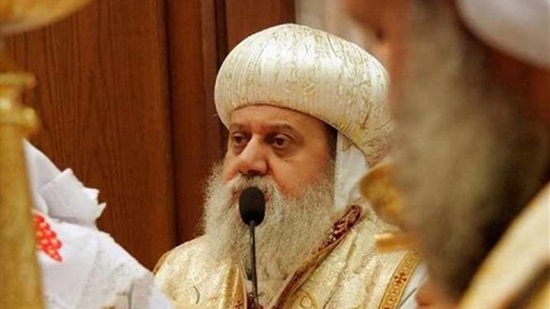 Bishop Andrew of Abu Tij, Sadfa and Al-Ghanayem, decided to reopen all churches in the diocese while maintaining all precautionary measures. The holy masses will be held from Monday to Thursday in each church, and only 25 people are allowed to attend each of them. Worshippers shall receive invitations to be able to attend.

In its online meeting yesterday, the Evangelical Church issued several decisions concerning the Egyptian government to reopen houses of worship starting from next Saturday. The Church decided to suspend prayers for July 6 till leaders of the churches have the time to present the plan. The weddings and funerals shall be attended by 25% of the capacity of the churches following the rules of social distancing. Ordinations are allowed provided that they follow the preventive measures. Pastoral visits shall be suspended, and services shall be broadcast online and the communion shall not be held till churches are reopened. 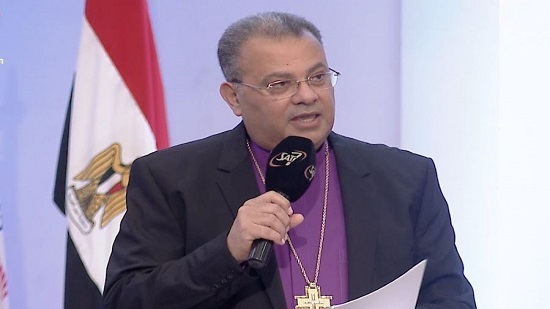 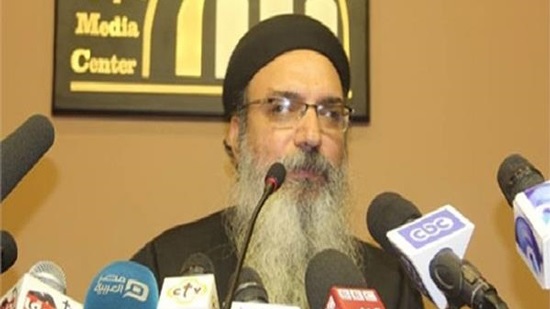 Father Poulos Halim, spokesman of the Coptic Orthodox Church, said that the permanent committee of the Holy Synod will meet on Saturday 27 June to take the appropriate decisions concerning the return of prayer in churches in accordance with the decisions of the government to reopen houses of worship. He added that the churches will be opened in the governorates that are less infected by the Corona virus and with all precautionary and preventive measures.

Evangelical Church held an online meeting today to discuss churches reopening according to the decisions taken by the Egyptian government to reopen houses of worship starting from next Saturday. The Evangelical Community had formed a committee at the end of last May to prepare a plan for the reopening of churches that includes all precautionary and preventive measures to confront the spread of the COVID-19 epidemic. 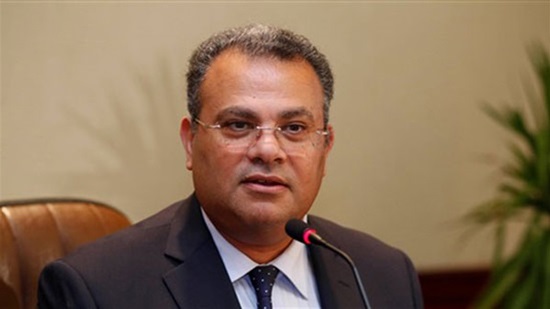 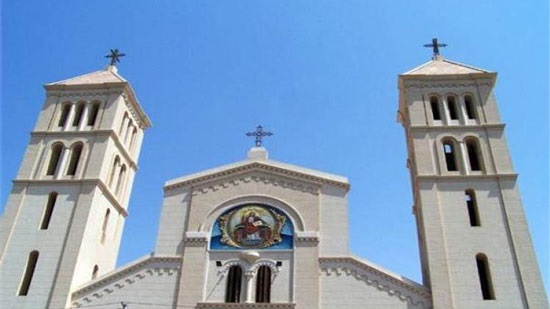 The Catholic Church announced today the new decisions concerning the holy masses, which comes with church reopening next Saturday. The church will open with 25% of the church’s capacity and to consider 1.5 meter between worshippers. Each priest shall hold one or two holy masses daily to enable the congregation to attend the holy masses. The decisions also included to put the holy bread in the hands of the people and wait to make sure they were put in the mouth. The children under 6 years shall not receive communion during this exceptional time.

Adel Agib, President of the Coptic American association, announced his full support to the President Al-Sisi in all the decisions and actions he takes in order to protect the Egyptian national security and defend its sacred borders after direct threats of the Turkish army mercenaries and terrorist militias in Libyan territory. The association announced its full trust and support to the Egyptian administration. On the other hand, the Egyptian community in New York City and New Jersey announced a signature campaign to support Egypt and President El-Sisi in protecting Egypt s national security. 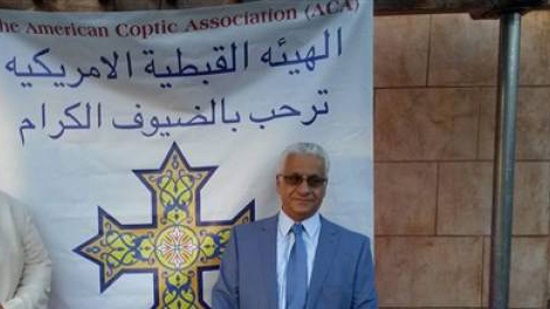 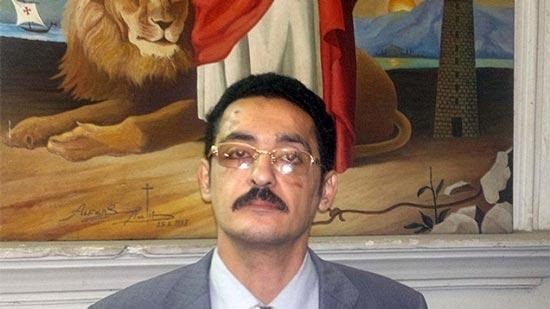 Joseph Malak, director of the Egyptian Center for Development Studies and Human Rights, commented on the return of Christine Zarif, 22 year old girl in Alexandria, after she posted a video on her page that she decided to convert into Islam, that such videos are not considered a trusted tool and could be shot under certain conditions and pressure. He added it is the right time to restore advice and guidance sessions for those who want to convert into Islam to make sure they are taking such decision under no pressure. He added that Christine’s return opens the door to doubt the other video published by Rania Abdul Massieh from Menoufia govenroate who posted similar video couple of weeks ago

Father Poulos Halim, spokesman for the Coptic Orthodox Church, said that former Acting Patriarch Abba Pachomius is sound, and denied rumors about his death. He also invited everybody to avoid sharing such news without making sure of their sources, and that the media center of the Coptic Church is the only trusted source of information about the church father 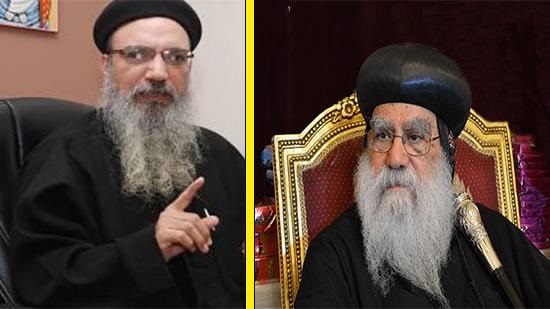 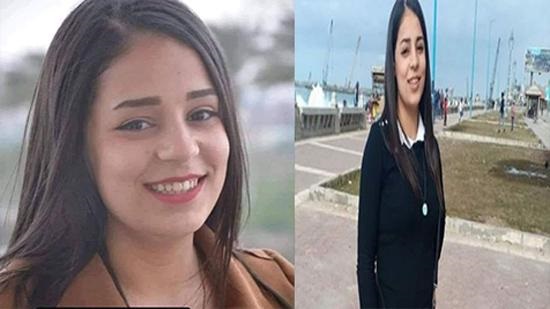 Christine Zarif, 22 years old girl who disappeared a few days ago in ​​Alexandria, returned yesterday to her family after she had announced in a video that she decided to convert into Islam. Zarif explained she was very confused when she recorded the video, which reveals such recorded videos are not trustworthy.

Coptic Orthodox Church thanked the National Press Authority for its support during recent crisis of Rose Al-Youssef magazine that insulted the church and Bishop Raphael of Central Cairo Churches. The Rose Al-Youssef Egyptian magazine placED His Eminence Bishop Raphael next to the terrorist Muhammad Badi at its cover and accused him of challenging the Pope and killing people in the name of God for refusing to change the method of taking communion using spoon! The Church has issued a statement to condemn the insult and promised to file lawsuit against those responsible of the magazine, which was supported by the National Press Authority that opened investigation into the case and assured the good relations with the church. 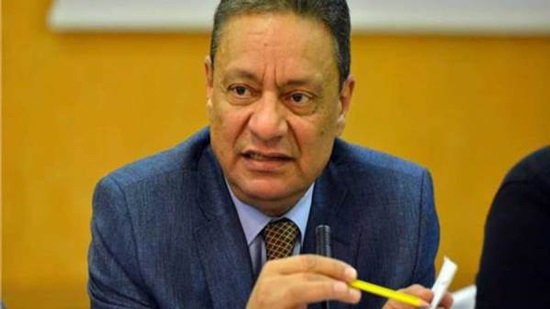 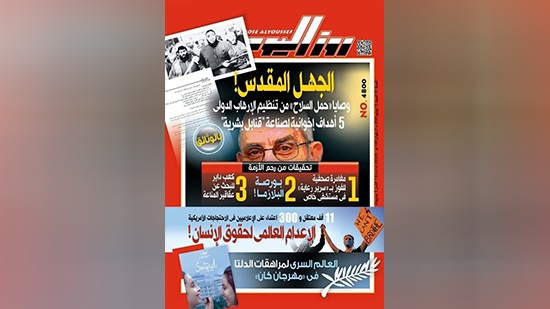 The Rose Al-Youssef Egyptian magazine changed its cover that sparked controversy and anger among the Copts placing His Eminence Bishop Raphael next to the terrorist Muhammad Badi and accusing him of challenging the Pope and killing people in the name of God for refusing to change the method of taking communion using spoon! The Church has issued a statement to condemn the insult and promised to file lawsuit against those responsible of the magazine, which was supported by the National Press Authority that opened investigation into the case and assured the good relations with the church.

If I were a Coptic

A man should avoid extremism and always think about other people. Thus, I decided to imagine what would I feel if I were a Coptic and hear about shooting 6 people dead in Nag Hammadi on Christmas eve, just for being Christians. This attack that is described as hate crime. The state announces that the Constitution and law deal equally with Egyptians, but Copts don’t enjoy freedom of worship and the religion ment