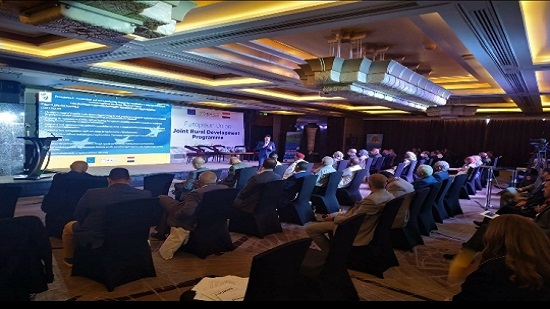 The European Union celebrated the end of the program to improve the lives of citizens in 3 rural Egyptian communities in the governorates of Minya, Matrouh and Fayoum. Abdel Moati Senussi, head of the farmers union in Matrouh Governorate, said that the European Union helped them improve production of crops and develop valleys, and their products received the green flag as the best 100% natural products.

St. George monastery in Rizigat said that the annual celebrations will not be canceled and should be held on time. Rumors spread about canceling the celebrations due to the Corona virus, but the rumors were denied by the monaster 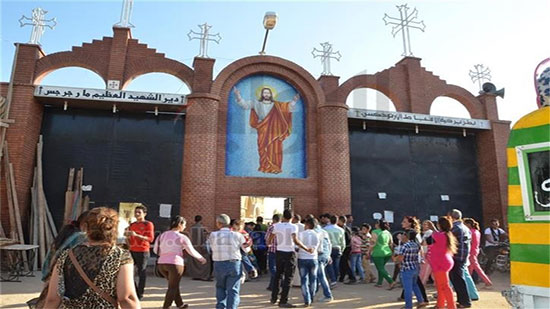 Bishop Paula of Tanta held his weekly meeting with the congregation after 6 months of suspension due to the spread of Corona virus. The meeting was attended by the congregation and clergy of the diocese while maintaining the precautionary measure

His Eminence Bishop Makarios of Minya opened today Saint Hannah elderly House at Abu Qurqas center in Minya. The house is opened to serve the elderly in the diocese and is part of several projects to serve the orphanage and the elderly. 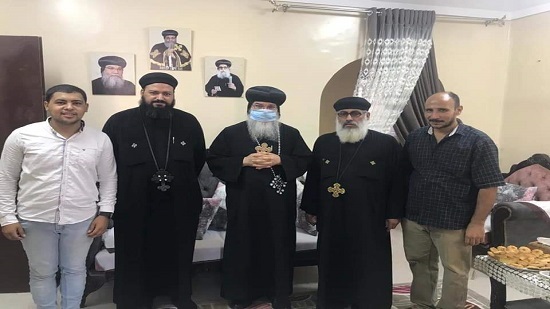 Major General Osama al-Qadi, Governor of Minya, inspected today the works of the second phase of the comprehensive development of the Holy Family path in Jabal Al-Tayer area in Samalut, which is part of the comprehensive project to develop the path of the Holy Family in the governorate. This comes as part of the national project to promote religious tourism in the governorate, which will contributes to achieving comprehensive development and providing job opportunities for the people of the province. 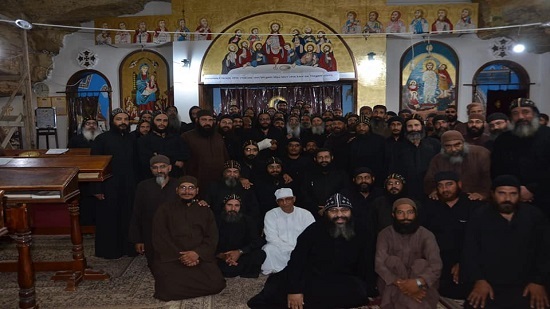 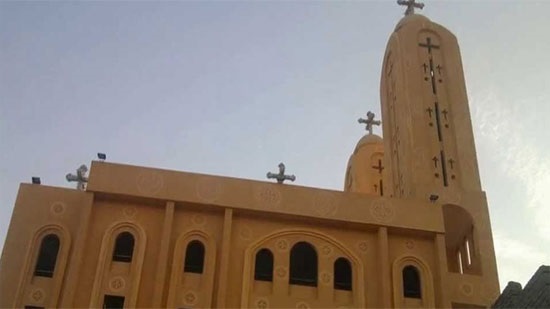 Coptic churches celebrate the feast of the Cross

Coptic churches and monasteries in Egypt celebrated today the holy feast of the Cross. It s worth mentioning that the rituals of the Coptic Church use happy hymns and decorations to celebrate this holy feast. The Cross of Jesus Christ was discovered in 326 by Saint Helena, the mother of the Roman Emperor Constantine the Great, during a pilgrimage she made to Jerusalem. The Church of the Holy Sepulchre was then built at the site of the discovery, by order of Helena and Constantine. The church was dedicated nine years later, with a portion of the cross placed inside it. The date of the feast marks the dedication of the Church of the Holy Sepulchre in 335.

The new road of St. Samuel Monastery is ready

The new road of St. Samuel Monastery entered the final stages of finalization and setting security services prior to opening its before visitors. It is noteworthy that this road witnessed two terrorist incidents, in which nearly 40 people were killed and 30 other Copts were injured in their way to visit the monastery. Bishop Makarios of Minya announced that services and church activities will return starting from next Sunday, while following all precautionary measures. This comes after nearly 6 months of suspension which is a rare event in Coptic church history.

The new road of St. Samuel monastery gets ready to receive visitors

The new road of St. Samuel Monastery entered the final stages of finalization and setting security services prior to opening its before visitors. It is noteworthy that this road witnessed two terrorist incidents, in which nearly 40 people were killed and 30 other Copts were injured in their way to visit the monastery. Dr. Mostafa Madbouly, Egypt’s Prime Minister, announced that Egypt has witnessed an increase in the rate of growth this year, despite the emerging coronavirus crisis. He pointed out during a press conference today that all economic polices and procedures taken by the state supported such progress.

Abba Abram, Archbishop of Fayoum and head of its monasteries, promoted two priests today to the rank of Hegumin, and inaugurated some altar vessels and sacred tablets for service in the parish churches. This came during the meeting of the priests of the diocese at the church of Saint George in Fayoum. Bishop Makarios inaugurates the exhibition of Hope Center in Minya

His Eminence Bishop Makarios of Minya inaugurated today the exhibition of Hope Center for electrical appliances, clothes and school tools at the headquarters of the Archbishopric which revenues are devoted to the service of sick people. It is worth mentioning that the church Minya is offering special service for people with serious illness like liver, holistic, tumors, holistic, etc.

The Coptic Orthodox Archdiocese of Fayoum announced today that the guest house of Anba Abram located in the monastery of Saint Anba Abram in the village of Al-Azab, in Fayoum. This comes with strict rules of social distancing and precautionary measures after month of closure due to the spread of Corona virus. His Holiness Pope Tawadros II, Pope of Alexandria and Patriarch of Saint Mark See, invited the people to take care and show commitment to the precautionary measures to prevent the spread of Corona virus. He added that the churches have gradually continued their activities and services, and the state had to reopen, but the virus is still there and the responsibility remains on us all to prevent its spread.

Sources in the Coptic Orthodox Church said that Archbishop Anthony of Jerusalem and the Near East is currently in a pastoral visit to Greece. Archbishop Antony was received by Anba Pavlos, Bishop of the Diocese of the Orthodox Church in Greece, and celebrated the Divine Liturgy with the congregation of the diocese. The Coptic Orthodox Church announced today the departure of the honorable Father Bakhoum Daniel, priest of St. George Church in Kafr Saqr, Sharqia diocese after 40 years of priestly service. For his part, Pope Tawadros offered his sincere condolences to bishop and congregation of the diocese in the departure of their priest.

Catholic Bishop inaugurates the baptism of the Resurrection Church

His Eminence Anba Boutros Fahim, the Coptic Bishop of Catholics in Minya, inaugurated the new baptism in the Church of the Resurrection in New Minya. The inauguration prayer was attended by Father Anton Fouad, the pastor of the Church, and a number of clergy and congregation of the diocese. Coptic Churches celebrated the new Coptic year 1737 yesterday which started with Nayrouz feast which commemorates martyrs and confessors. The feast is celebrated on September 11, the day is also the start of the Coptic new year and its first month, Thout, usually with special food, namely: Red dates and guava, which refers to the blood of the martyrs and their strong faith. Vendors of dates and guava sold their goods in front of the churches as Copts celebrate Nayrouz by eating those fruits.

His Holiness Pope Tawadros II, Pope of Alexandria and Patriarch of Saint Mark See, said he didn t know that Bishop Aghathon of Maghagha has filed a lawsuit against a journalist. This came during the weekly sermon delivered at the Cathedral of St. Mark in Abbassia after 6 months of suspension. Lawyer of the bishop has filed the lawsuit against Sara Shaltout claiming she insulted the late bishop Epiphanious and the late Pope Shenouda III in her book about the murder of the Bishop of St. Makar monastery. His Holiness Pope Tawadros II, Pope of Alexandria and Patriarch of Saint Mark See, congratulated the people on the occasion of the Coptic New Year that begins on Friday 1 Tut, in the year 1737 for the martyrs. His Holiness said during the weekly Wednesday sermon in the Church of the Virgin and Saint Bishoy at St. Mark s Cathedral in Abbassia that the martyrs calendar in the Egyptian Orthodox Church is an extension of the agricultural year and the ancient Egyptian year, which existed since the time of the Pharaohs. He added that the calendar began in the year 284 AD, and the Copts chose this date because it witnessed the reign of Emperor Diocletian whose time was one of the worst times in the persecution of Christians.

Egypt’s President Abdel Fattah El-Sisi arrived in Kuwait on Thursday to offer his condolences for the death of its Emir Sheikh Sabah Al-Ahmad Al-Sabah, the Egyptian Presidency announced. Sheikh Nawaf, 83, assumed power on Wednesday following the death of Sheikh Sabah, 91, on Tuesday. On Tuesday El-Sisi announced three days of mourning for the late emir.