The political scene in Egypt is full of what I call "political prostitution" as everybody is trading on Egypt and doing their best to use it, or else to destroy it. It’s all about being in power even on the dead bodies of the poor as well as the homeland.

The picture is really dark as the so-called political activists are playing a dirty game in order to reach power. Yet, those players have suddenly decided to unite against the protest law, which aims to save Egypt at such significant moment, not caring if the country is destroyed by their demonstration.
Trading on Egypt and its future by many political activists and currents in order to achieve some political interests has become our greatest calamity.
No doubt that everybody has the right to peacefully refuse such law. Yet, what happened is that they organized demonstrations in which they clashed with security forces drawing a tragic end for the story.
Of course, peaceful demonstration is an absolute right for all Egyptians, but they should never turn into verbal attack or violent clashes. However, many people demonstrate no matter what happens in order to achieve their own interests that never take Egypt interests into consideration.
It's time to enforce the law and save the country from division and conspiracy. It's now or never!
Tweet
Author 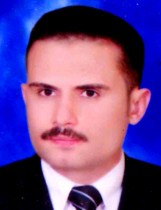