For the first time, Muslim government officials attended Christmas Masses in the churches of Sudan.

This came after the government announcement Christmas as an official holiday for the first time in eight years. Muslim government officials including Minister of Religious Affairs Nasruddin Mufreh attended a Christmas celebration at the Khartoum Evangelical Bahri Church, which was persecuted and threatened for years by the former regime
Tweet
Author 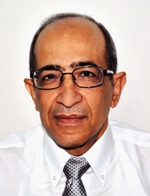