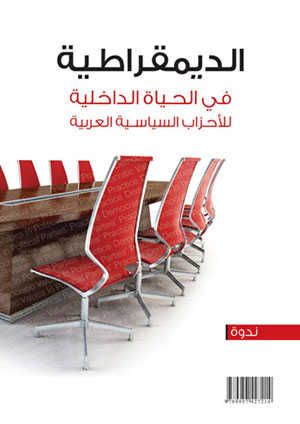 Last week, a responsible source from the ruling military establishment was quoted to have declared that, following the 19 March public referendum on the constitutional amendments, a new law removing the restrictions on the formation of political parties would be promulgated. According to the new law, the official said, a party would be recognised immediately following a simple notification.  The Egyptian political arena hailed the declaration as a materialisation of the long-awaited principle of free formation of political parties. It came as a comfort to those concerned with political reform in Egypt.

Throughout the past three decades, Egypt’s ruling regime persistently claimed that the country enjoyed multi-party democracy. The picture on the ground, though, was bleak. The regime spared no effort to void Egyptian political life of any genuine competition, with the express purpose of maintaining the grip of the erstwhile ruling National Democratic Party (NDP) on Egyptian politics. To give an illusion that the picture was rosy not dark, the government allowed a group of political parties to operate on the political scene, as mere “décor”. There was no room for power rotation. The authority to license new political parties was confined to the infamous Political Parties Committee (PPC) which was affiliated to the Shura (Consultative) Council—the upper house of Egypt’s Parliament. For the PPC to operate with impartiality, it made sense that its members should have been neutral figures with no political affiliation. But the committee was entirely dominated by the NDP—the NDP secretary-general acted as the PPC chairman. Given that, for any party to be legalised, its platform and structure were to be submitted to the PPC for approval, it came as no surprise that a host of prospective parties never saw light and Egyptian politics remained a NDP monopoly. Meanwhile, repeated calls to kick-start a healthy Egyptian political process through allowing the free formation of political parties fell on deaf ears.

Now it seems that our dream could come true and new blood could be injected into Egypt’s political life. A greater number of Egyptians are expected to become politically active, which would likely render our political climate much healthier. The general picture looks bright, and reflects the winds of change that have been blowing through our homeland since 25 January. Everything, however, depends on the content of the anticipated law which should regulate the formation of political parties. The law should be enacted so as to accord with the Constitution and with the basic Egyptian consensus that no political party should be founded on religious basis or on principles that jeopardise social peace and national unity. These fundamental basics are of major significance given their consistency with the principles of 25 January revolution, which raised the slogan: “We want a civil, not a religious, State”.

It should be borne in mind that allowing the free formation of political parties by no means implies the absence of regulations that would ensure a party’s founding principles accord with the Constitution. In this context, it implies that a neutral committee should be tasked with receiving and investigating applications to form political parties, and demanding that the founders provide clarifications or introduce amendments to a party’s doctrines if, in any way, they do not accord with the Constitution. To safeguard the newly-won rights, the committee should be obliged to perform its mission according to an explicit time-limit. If it does not object to the formation of a party within a specific time, the party should be considered legitimate and granted full rights to political practice.

A question which begs an answer, however, is what if a party is qualified to practise, but later engages into sectarian or ethnic practices? In my view, the job of the committee should not end with approving parties, but must extend to monitoring and assessing party performances. It should be mandated to take parties to account once they violate on constitutional principles. In this case, a party could be suspended or even banned altogether—if it shows persistence not to abide by the basics governing our political life.

I believe that those who care about the future of this country would never stand against the establishment of such regulations. Because many of us fear the abuse of power—from which we have long suffered—parties should be given the full right to file appeals against the committee's decisions.

Allowing the recognition of parties after simple notification should not be a free ride. Otherwise, constitutional rules governing the formation of parties would be thrown to the wind.