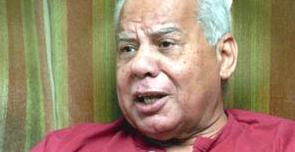 Beblawi, a veteran economist who was on Saturday appointed one of two new deputy prime ministers, will take over from Samir Radwan.
Sharaf has handed his proposed list of ministers to the ruling Supreme Council of the Armed Forces for approval, the official MENA news agency reported.
The move comes amid a sweeping cabinet shuffle aimed at appeasing protesters who have been holding a sit-in for more than a week over the slow pace of reform.
Activists have also criticised the military council's absolute grip on power and demanded that Sharaf be granted full authority to choose his cabinet.
Late on Saturday, the prime minister said he had accepted the resignation of foreign minister Mohammed al-Orabi �" criticised for being close to ousted president Hosni Mubarak �" amid pressure to rid the cabinet of old regime figures.
The full cabinet list is expected to be unveiled by Monday.
Tweet
Pope Shenouda Article