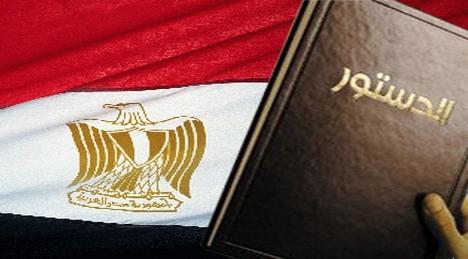 On 19 May, a significant meeting was held under the auspices of the Egyptian National Council (ENC) and attended by constitutional and legal experts, political party chairmen, political movements leaders, presidential candidates in-waiting, representatives of independent unions and social groups, and a number of public figures. The gathering, which may truly be dubbed the “national community”, reviewed the documents published concerning the principles which ought to be taken into account in drafting the new Egyptian constitution. These documents included those drafted by the ENC, al-Azhar, ElBaradie, the National Accord Committee, the Democratic Alliance, Judge Hisham al-Bastawisi, the Human Rights groups, and the Future of Egypt.

The discussions—moderated by Tahani al-Gebali, Egypt first female judge and vice president of the Supreme Constitutional Court (SCC)—led to the formulation of a single document “Proposed consensus view of the basic principles to govern the constitution, and the standards to govern the formation of the constituent assembly”. Following is an outline of the document.
The basic principles governing the constitution, which should be immune to annulment, amendment or restriction:
• The Arab Republic of Egypt is a civil, democratic and unified State based upon political and cultural pluralism. The Egyptian people are part of the Arab nation. They seek to achieve the comprehensive Arab unity and they are proud of their African belonging, their Pharaonic, Coptic and Islamic history as well as their substantial contribution to human civilisation.
• Islam is the religion of the State, and Arabic its official language. The principles of Islamic sharia are the main source of legislation, and the divine laws of non-Muslims are the main source of legislation concerning their religious and personal status issues.
• The political system is a democratic republic based on citizenship principles and equality among Egyptian male and female citizens regardless of religion, gender, ethnicity, language or creed.
• The people possess sovereignty and are the source of all powers.
• The rule of law is the basis of governance. Individuals, legal personalities—public and private alike, and State authorities are all equally under the rule of law.
• The State system is based upon the separation of powers in a way that does not obstruct reciprocal control, democratic rule, and the establishment of mechanisms to secure accountability, transparency and peaceful power rotation.
• The independence of the judiciary is a major guarantee for the State to be subject to the rule of law and for attaining equality, in all forms, among the people.
• Public ownership of strategic facilities, national wealth, natural resources and components of material and moral national heritage must be preserved.
• The national economy should be based upon comprehensive and sustainable development with the aim of realising social welfare and fair distribution of national wealth and development returns.
• Human dignity is the inbred right of every individual, and the State must protect and respect it. Egyptians are entitled to the following rights and freedoms:
1. Freedom of belief: The State is obligated to secure the people’s right to perform religious rites, and to protect places of worship.
2. Social Justice in all the various realms.
3. Appointments to public posts should be based upon merit.
4. Freedom of opinion, expression, creativity, and innovation.
5. The right to privacy.
6. The right of private ownership and inheritance.
Constitutional guarantees for basic principles, rights and freedoms:
• The constituent assembly charged with drafting the constitution is committed to abide by the basic principles, rights, and freedoms cited in this document. The constitution must explicitly mention that they can in no way be annulled, relinquished, amended or restricted.
• The violation of any of these basic principles, rights and freedoms, or the pursuit to change them or even the call for their annulment is tantamount to violation of the constitution. Political parties, the National Council for Human Rights, NGOs, professional syndicates and trade unions are all entitled to resort to the SCC to stop such violation and nullify its effects.
• In cases of amending the constitution, the SCC is entitled to check its organic unity with regard to its basics and philosophy. The SCC is also entitled to interpret constitutional articles.
• It is banned to interpret texts of this document in any way contradictory to the Universal Declaration of Human Rights or other human rights conventions and declarations of which Egypt is signatory. Texts of this document may in no way be interpreted so as to enable State institutions, individuals or groups to adopt measures to undermine, annul or violate the principles, freedoms and rights embodied in it. Provisions and principles stipulated by human rights conventions, and accords ratified by Egypt should be held in a rank higher than that of national legislation.
I invite all Egyptians to scrutinise the above principles, then answer the following questions: Do these principles detract from measures to establish the Egyptian civil, democratic State stressed in various documents, including that of al-Azhar? Did those who outlined these principles hijack people's will? Will stipulating that these principles are immune from amendment, annulment or restrictions benefit or harm the Egyptian people?
Next week I plan to review the second part of the document formulated by the “national community”, which deals with measures to form the constituent assembly charged with drafting the constitution.
Tweet
Author