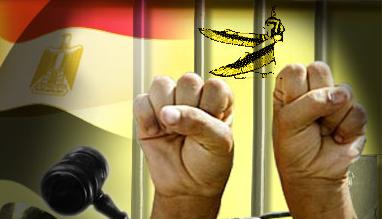 Strongly believing that the criminal acts which have plagued Egypt’s streets since the 25 January Revolution require extraordinary measures to combat them I have, contrary to many politicians and pundits, defended the decision by the ruling Supreme Council of the Armed forces to enact the emergency law. Hardly anyone can deny that the rampant incidents of thuggery and terrorising peaceful civilians have become so perilous as to warrant exceptional measures. I am confident that authorities have no appetite for oppressing and victimising the opposition as long as it does not incite lawlessness or undermine the community’s security.

Notwithstanding, I neither sympathise with nor even understand the civil and security authorities’ aggressive campaign against street vendors in Cairo. No-one could have failed to observe that, in the wake of the revolution, a literal army of vendors has been occupying the pavements and passageways of Cairo streets and that their [originally large] numbers multiplied during Ramadan, in preparation for the Egyptian families’ traditional shopping needs for Eid el-Fitr. We thought that once the Eid was over matters would go back to normal. Yet the vendors held their ground, unchecked, peddling their unlicensed business and consolidating their position by the day.
Street vendors are hardly new to streets in Cairo. It has been years now that the police would launch occasional campaigns to clear them off the streets. A portion of the public used to hail the move as necessary to restore order, facilitate pedestrian and vehicle traffic, and protect the interests of shop owners—whose activity is fully legal. Another portion argued that despite the legitimate goals of these campaigns, they are but short-sighted, impotent moves aimed at compensating the habitual inaction on the part of the authorities, and allowing for the re-emergence of the vendors once the clampdown was over. The police treated those people cruelly, throwing away their goods, and expelling them without providing them with a proper alternative to make ends meet. I am not ashamed to admit I belonged to the latter portion.
Being a regular frequenter of Downtown Cairo where street vendors are a common sight, I have often found myself in the middle of a police crackdown. Suddenly and without prior warning, a pedestrian would be caught amid a hurly-burly of vendors rising in panic, carrying with them whatever of their goods they are able to salvage—many resorted to spreading their goods on sheets which they quickly fold over the goods and carry away once they smell danger—and fleeing into the small passageways and nearby building entrances. ‘Spies’ stationed at key positions would have alerted the vendors to ‘suspicious’ moves on the part of the police. A few minutes later the police vehicles arrive; those vendors unlucky enough to have not managed to flee are packed into the truck and their goods hurled inside, to be taken to the police station where it is a fair guess they would get abominable treatment.  They would be charged with practising unlicensed commercial activities, disrupting traffic, occupying roads...to the end of the list. In all likelihood they would be detained and prosecuted, and their goods confiscated. The detestable incidents invariably made me pity those poor vendors who are victimised and lose all their capital, and feel furious at the police who mercilessly victimise them under the pretext of restoring law and order.
Those vendors who managed to escape, however, would be back to their previous positions on the streets in no time. And, predictably, those whom the police had arrested and released would join in. It was a typical never-ending cat and mouse game between the police and the vendors.
Did it never cross the mind of any local or security official that the hit and run game offered no answer to the street vendor dilemma? Did it never dawn on any of them that an alternative solution was needed for these men to earn a livelihood? Was no warning ever sounded that denying those people access to earn a living would ultimately turn them into criminals, bandits and thugs? Given, street vendors do break the law. But ruining their livelihoods without providing them with alternatives would inexorably push them into violence and crime, wreaking thus vengeance on the community and the authorities.  Following the recent battle to liberate Downtown Cairo from street vendors, Cairo governor was reported to have boasted: “We are not against them; we are against chaos. We will find substitute outlets for them.” How could the governor bless the crazy campaign that ruined the vendors’ lives before offering them alternative markets?  What grain of reason is there in enacting the emergency law to eliminate them when the end result will most certainly result in a generous supply of newcomers into the world of crime?
Tweet
Pope Shenouda Article