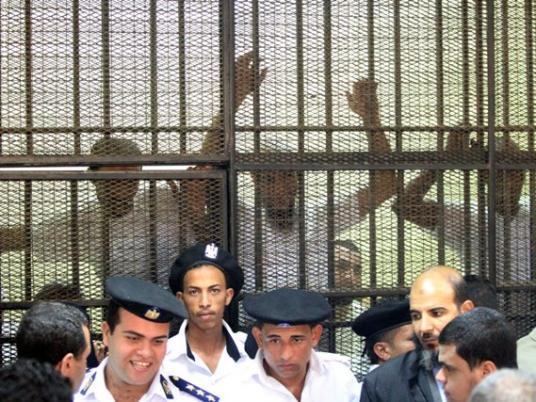 The Supreme State Security Court on Sunday decided to postpone trying suspects accused of igniting sectarian strife in Imbaba. The decision to postpone the trial, which is now scheduled to begin on 2 November, was taken in order to hear witnesses' testimonies.

Around 48 Copts and Muslims are charged with murder, attempted murder, endangering public security, causing sectarian strife, and deliberately setting a church on fire, in addition to possessing firearms and ammunition without a license.
At least eleven people were killed in a sectarian clash in Egypt in May over a Christian woman who had allegedly converted to Islam, according to officials.
The court fined three of the witnesses LE200 for being absent.
Tweet
Pope Shenouda Article