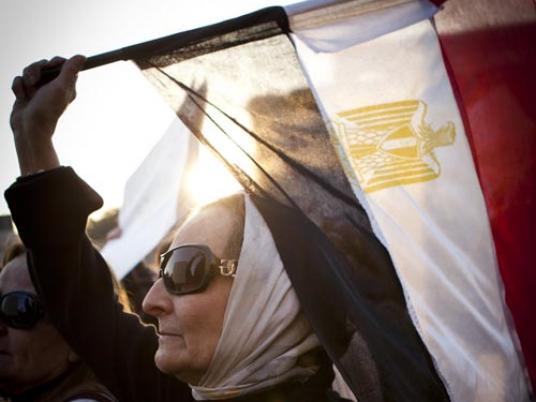 A number of MPs expressed their rejection of how members of the National Council for Women were appointed, saying it suggests the country never had a revolution.

The issue came up during a meeting for the People's Assembly Human Rights Committee on Tuesday to discuss amendments to the personal affairs law.
MP Azza al-Garf severely criticized the laws on khul' divorce, the right of a woman to divorcer her husband, and child custody, which only allow a father to see his children for two hours a week, a stipulation which she said violates Islamic Sharia, reported the website of the state-run daily Al-Ahram on Tuesday.
Garf said she rejects the Western model, saying it is not the proper reference for family issues. She said laws should consider the interests of both parents as well as the children.
The MP called for soliciting the opinions of Al-Azhar scholars and law and sociology experts.
Mervat al-Telawy, the head of the National Council for Women, defended her organization, saying it rejects accusations that it works against the interests of women and families. She said council members work on a volunteer basis.
Tallawy said child custody and khul' divorce laws were not issued by the council but the People's Assembly.
Egypt needs to work to amend laws concerning women and to eliminate the phenomenon of street children, Telawy said.
Poor economic conditions are the main reason behind divorce and the increasing number of unmarried women, she said.
MP Fadeyya Salem from the Sinai Peninsula said the National Council for Women has not helped Bedouins in any way and described council officials as distant from the people.
She said Bedouin communities have traditions that reject the stipulations in several of the current family laws.
Tweet
Pope Shenouda Article