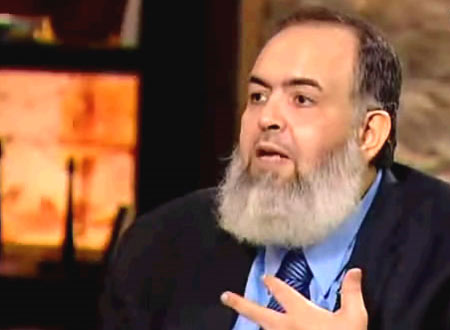 The presidential campaign of Sheikh Hazem Salah Abu Ismail has used Al-Rahman mosque to hang a number of banners and ads. Many Salafists held his image after Friday prayers in the same mosque in a violation for the law of elections.

It is known that the law on electoral advertising allows the candidate to express himself and to do any activity to persuade voters to vote for him, through meetings in private and public, dissemination and distribution of ads, putting up posters and banners, and the usage of audio-visual, printed, and electronic media. But it prohibited the usage of places of worship, schools, universities and other education institutions in the election campaign.
Tweet
Pope Shenouda Article