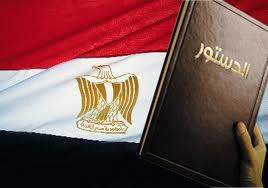 The Evangelical community is deeply concerned at the way in which the founding committee for drafting the constitution was formed, which was disappointing and against the spirit of January 25 revolution that stood against a despotic regime that had eliminated the democratic life and excluded all opposing forces. The Constitution according to them is a contract which guarantees social peace among all segments of society. No political party should control it and any political trend shouldn’t be neglected even for being a minority.
The Evangelical community called those who are responsible for managing the country and all political and national forces to take the necessary corrective actions to the founding committee for drafting the constitution to represent all classes of Egyptians, achieving their hope in founding a modern civil state based on the principles of citizenship, freedom, justice and equality.
Many civil forces, Al-Azhar, the Islamic Research Academy and the Orthodox Church have announced their withdrawal from the committee of the new constitution, while the Evangelical Communion has threatened not to participate until the situation is corrected.
Tweet
Pope Shenouda Article