Release of the Spirit

HH Pope Shenouda 3rd has not died. He has merely lied down. He has lied down in the hope of the resurrection. He closed his eyes for the last time and his soul took off to heaven on the happiest and most beautiful journey he has ever taken after the many recent journeys for medical treatment and after the patriarchal visits he has made to the diaspora. HH Pope Shenouda 3rd closed his eyes and his spirit was released to depart this world with all its noise, conflicts, wars, and evils. His soul was released to land in heaven to delight in peace, serenity, purity, joy, and exultation. He closed his eyes and his spirit was released so that he may be relieved of all the responsibilities that were loaded upon him. He has been relieved of all the hardship, oppression, harm, and offenses he suffered, even at the hands of some sons and daughters of the Church.

A Perfect Equation:
In spite of these criticisms and offenses, can anyone deny that he was a unique and irreplaceable man? Everybody is aware of the many personalities of Pope Shenouda ; for he was a monk, hermit, poet, journalist, writer, mentor, scholar, bishop, patriarch, diplomat, and politician.  Above all he was a person of great charisma. While leading both a simple and deep spiritual life, he was also a cultured and enlightened man of literary, intellectual, and scientific interests. That is indeed a perfect equation. Only the exceptional have been able to comprise both spiritual and cultural intellectual insightfulness.
A Living Sermon:
Whether an admirer or not, you, my dear reader, will not be able to disagree with me that his life was a reflection of many Biblical verses. Consider for example:
"Love your enemies, bless them that curse you, do good to them that hate you, and pray for them which despitefully use you, and persecute you" Mathew 5: 44
"Remember now thy Creator in the days of thy youth" Ecclesiastes 12:1
"Ye are the salt of the earth" Mathew 5: 13
" Ye are the light of the world" Mathew 5: 14
"Except ye be converted, and become as little children, ye shall not enter into the kingdom of heaven." Mathew 18: 3
"Get wisdom, get understanding: forget it not; neither decline from the words of my mouth." Proverbs 4: 5
"Remember them which have the rule over you, who have spoken unto you the word of God: whose faith follow, considering the end of their conversation" Hebrews 13: 7
"Only let your conversation be as it becometh the gospel of Christ" Philippians 1:27
" I have fought a good fight, I have finished my course, I have kept the faith" 2nd Timothy 4:7
" The way of the slothful man is an hedge of thorns: but the way of the righteous is made plain" Proverbs 15: 19
"Behold, I send you forth as sheep in the midst of wolves: be ye therefore wise as serpents, and harmless as dove." Mathew 10: 16
"But the fruit of the Spirit is love, joy, peace, longsuffering, gentleness, goodness, faith, meekness, temperance: against such there is no law" Galatians 5: 22-23
"Of whom the world was not worthy: they wandered in deserts, and in mountains, and in dens and caves of the earth". Hebrews 11: 38
A Confession:
I must confess my failure to learn from this spiritual father. I must confess my failure to appreciate the worth of this patriarch before the release of his spirit on its journey to heaven. I thereby confess that his departure has led me to think of my life, only to rethink my priorities and reorder my plans and interests. Not only was his life a sermon, but his departure is also a sermon.
Past and Future:
His Holiness Pope Shenouda 3rd departed and left his people looking with one eye at the past and with the other at the future. His people look back in sorrow at the recent and distant memories in his life. They regard the future with apprehension and fear, wondering who might fill the vacuum that he has left behind. Demands to make amendments to the 1957 charter, by which the new pope will be elected, have been made and rejected. Speculation has begun as to potential candidates to succeed him to the throne of St. Mark. Each of the suggested names has their supporters and opponents. What amazes me is that just as the departure of Pope Cyril 6th and the ordination of Pope Shenouda 3rd coincided with the end of Nasser's rule and the beginning of Sadat's, the current presidential elections are also coinciding with the papal elections. Is it a mere coincidence? Or does God almighty prepare and send a patriarch to suit each era?
Will the "presidential race" be coupled with a " race to head the church"? I hope not.
Tweet
Author 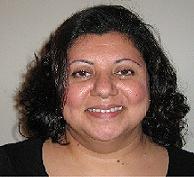