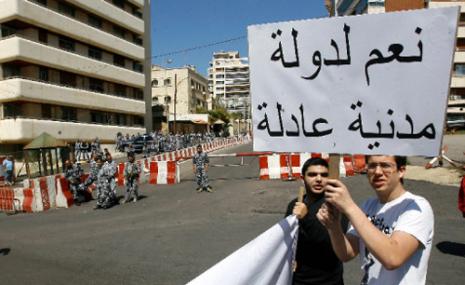 Participants said that the campaign is aiming at reaching the simple Egyptian citizen, and teach him about his responsibility to protect the civil state in Egypt.
They also said that however Islamist are claiming they are after a civil state, none of their actions make us trust them. It’s a matter of 7 thousand years of civilization that are being threatened, they said.
Tweet
Pope Shenouda Article