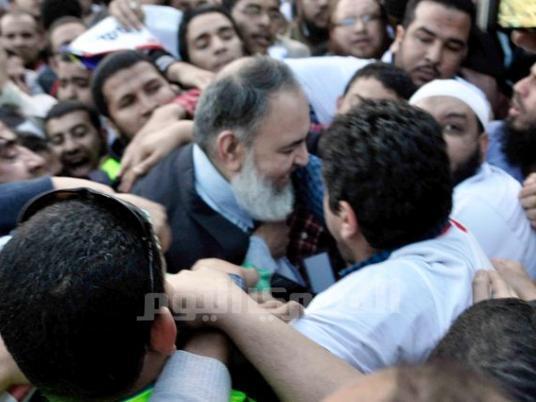 Less than a week ago, thousands of Sheikh Hazem Salah Abu Ismail’s supporters marched to the Presidential Elections Commission to accompany the Salafi presidential hopeful as he filed his nomination papers. The celebratory march followed a blitz of poster campaigning that has made Abu Ismail’s face a ubiquitous sight on the streets of Cairo. The hype around the Salafi’s campaign was making headlines and, suddenly, raising expectations for Abu Ismail’s chances at the polls.