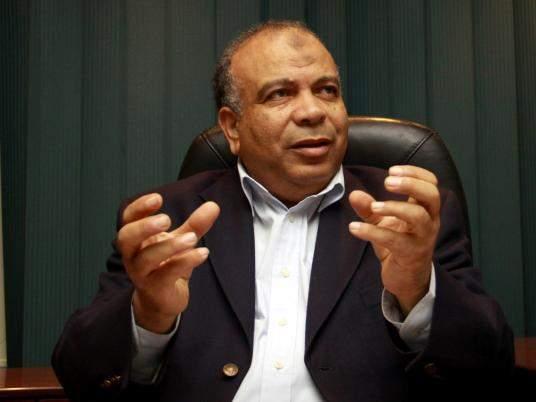 Former members of the Constituent Assembly on Thursday declared their refusal of the deadline announced by People’s Assembly Speaker Saad al-Katatny for them to return to the assembly without conditions. Katatny gave the withdrawn members a deadline of one week before the next assembly session.
In a joint session in late March, the People’s Assembly and Shura Council announced 100 Constituent Assembly members who will draft the new Egyptian constitution, and selected a number of alternates.
Many members resigned in protest of the Islamist-majority Parliament, appointing an assembly that was not representative of minorities and other political factions. Of the 100 members, 60 are affiliated with Islamist groups. More than 20 members who withdrew, including representatives of the Coptic Church and Al-Azhar, demand that the panel be dissolved and completely redrawn.
Wafd Party Chairman Sayed al-Badawi told Al-Masry Al-Youm that his party would not return to the assembly and the final withdrawal decision was irreversible.
He went on to say that his party being represented by only four members in the assembly is unacceptable, in addition to the fact that the constitution should not be written by the majority, as the majority is ever-changing while the constitution is not.
Social Democratic Party MP Emad Gad said members of his party who resigned from the assembly are not willing to return, as they are demanding that the panel be totally redrawn.
Gad revealed plans to form a parallel popular constituent assembly to prepare a constitutional draft which will be presented to the people. “We will give them a lesson in how to form a consensus constituent assembly that represents all sectors and types of Egyptian people,” he said.
MP Saad Aboud said his return to the constituent assembly depended upon the achievement of the highest degree of compatibility in the selection of its members.
Liberal MP Amr Hamzawy said a deadline without solutions “will do no good,” as the withdrawn members’ return “depends on setting Constituent Assembly formation criteria that does not allow more than 25 percent parliamentary representation in the assembly and stipulates that the final draft of the new constitution would be presented to the Supreme Constitutional Court before submission to a popular referendum.”
Hamzawy called on Al-Azhar to organize a conference attended by all parties in order to discuss practical solutions to the crisis.
Liberal Egyptian Party member Ahmed Khairy said the Freedom and Justice Party does not realize there is a popular rejection of the Constituent Assembly in its present form, and is ignorant of the demands of the withdrawing civil forces.
Khairy said that the party’s decision to boycott the assembly was irreversible.
Nour Party spokesperson, Nader Bakkar, said the withdrawal of some of the members of the constituent assembly was political pressure.
The country's interest should be considered before talking any step, the state wire service MENA quoted Bakkar as saying during a symposium at the Faculty of Commerce of Alexandria University. He also called upon all political forces to stand united in the constituent assembly.
The priority is to draft a constitution that satisfies all sectors of the Egyptian people, before electing the new president, he explained, warning of danger of electing a president before drafting the constitution.
The draft of the constitutional principles proposed by Al-Azhar in January was widely accepted politically, and will be considered, said Bakkr, labeling fears cited by the media regarding Islamists' domination of the Constituent Assembly as groundless.
Tweet
Pope Shenouda Article