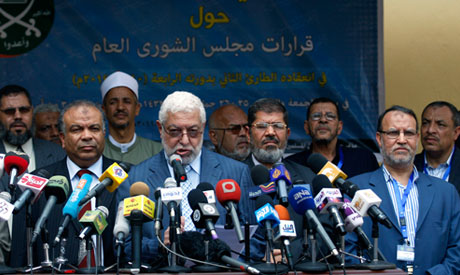 After the ouster of president Hosni Mubarak, Kamal El-Helbawy returned to Egypt after spending 23 years as the Muslim Brotherhood's spokesperson in Europe. The 73-year-old arrived with high expectations but became increasingly critical of the group he had defended for years. He resigned from the group during a live TV broadcast on Saturday after the Brotherhood's Supreme Guide Mohamed Badie announced that the group would nominate his deputy, Khairat El-Shater, for president.