Heggy: Suleiman is the Savior from MB and political Islam 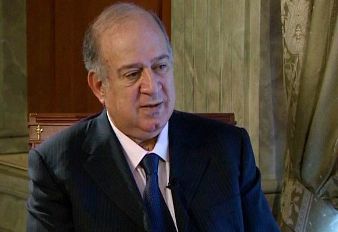 Dr. Tarek Heggy, the liberal thinker said that he is happy after nominating General Omar Suleiman for presidency, calling him the only savior of Egypt at the current stage.

Heggy pointed out that Suleiman (whom he knew for more than 30 years) may not be the best one who believes in the perfect democracy. But I’m sure he is a real enemy of political Islam like me.
He said on his account on Facebook that Suleiman is a great leader who can lead Egypt at the current stage.
He added “The Islamic state of Egypt is for himself like an incurable plague, and against civilization, progress and humanity. Islamic Egypt is the enemy of all great values  I believe in”.
Finally, he said: “Therefore, in the current situation, Omar Suleiman is the Savior from the ugliness, backwardness and reactionary of villains such as al-Shater, Hazem Abu Ismail and Abdel Moneim Aboul Fotouh.
Tweet
Author