George Isaac: We have evidence who killed Maspero young people 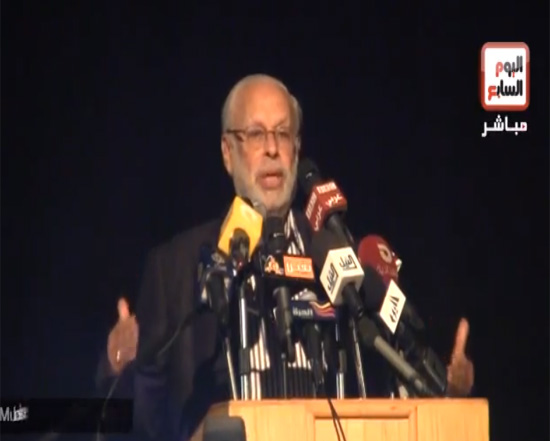 George Isaac, a leader in Constitution Party said that the National Council for Human Rights in cooperation with the fact-finding committee formed by the selfsame Council could find many documents and evidence that prove who is responsible for Maspero massacre. He added that the evidence was presented to the SCAF, Prime Minister, Justice Minister, and Interior Minister.

Issac invited all Egyptian people to support Maspero Youth Union and demand a fair trial for the killers.

This came during a conference held by Maspero Youth Union in al-Sawy culture wheel in the first anniversary of Maspero massacre.