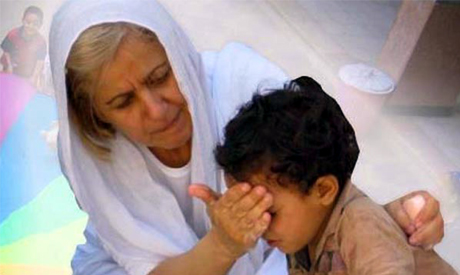 The first Nobel to be announced this year will be the medicine prize on Monday, when the jury in Stockholm reveals the winner or winners around 11:30 am (0930 GMT.)

Like every year, most of the speculation in the run-up to the announcements focuses on who will take home the prestigious peace and literature prizes.

Betting sites have become a popular feature of the guessing game in recent years, with gamers sometimes curiously accurate amid suspicions of leaks from within the award committees.

This year, Coptic Christian Gobran, dubbed the "Mother Teresa" of Cairo's slums, tops the list of one betting site for the peace prize, with 6.5-to-one odds ahead of the October 12 announcement.

But that race looks wide open this year with no clear frontrunner among the 231 nominees.

Although the peace prize committee never discloses the nominees' names, former US president Bill Clinton, ex-German chancellor Helmut Kohl, the EU and WikiLeaks suspect Bradley Manning are known to be on the list.

The head of the Peace Research Institute of Oslo, Kristian Berg Harpviken, follows the work of the committee and each year publishes his own shortlist of possible winners.

A Nigerian duo campaigning against the misuse of religion, Archbishop John Onaiyekan and Mohamed Sa'ad Abubakar, Sultan of Sokoto, are also on it, as is Myanmar President Thein Sein.

Literature experts in Stockholm have suggested it could be time for the Academy to pick a woman or a North American.

Names being whispered in literary circles include Canadian short story writer Alice Munro -- though the Swedish Academy has never given the prize to a short story writer -- as well as US author Don DeLillo and Somali novelist Nuruddin Farah.

"One could imagine that it would be an author from North America, a man maybe, like Don DeLillo or Philip Roth," said Elisabeth Grate, who runs her own publishing house.

"But it would be nice with a woman," she added.

In line with tradition, and unlike the other prizes, the date of the literature prize announcement is revealed only a couple of days before. But it is traditionally announced on a Thursday, and could therefore come on October 11.

For the medicine prize, Swedish media have mentioned Japan's Shinya Yamanaka and Britain's John Gurdon as possible recipients for their research in nuclear reprogramming, a process that instructs adult cells to form early stem cells which can then be used to form any tissue type.

Public broadcaster Swedish Radio also suggested that the nod could go to researchers in the field of epigenetics, which studies nature versus nurture and how genes respond to their environment.

The physics prize, to be announced on Tuesday, has also created some buzz this year.

The discovery in July of a new fundamental particle believed to be the Higgs boson is one of the biggest breakthroughs in the field of physics in the past half-century, and is widely considered Nobel prize-worthy research.

The names of the chemistry prize laureates will be revealed on Wednesday, with Swedish Radio suggesting Svante Paeaebo of Sweden could win for his groundbreaking analysis of ancient DNA.

The economics prize, which has been dominated by Americans over the years, is the last to be announced, on October 15.

Because of the economic crisis, the Nobel Foundation has slashed the prize sum to eight million Swedish kronor ($1.2 million, 930,940 euros) per award, down from the 10 million kronor awarded since 2001.