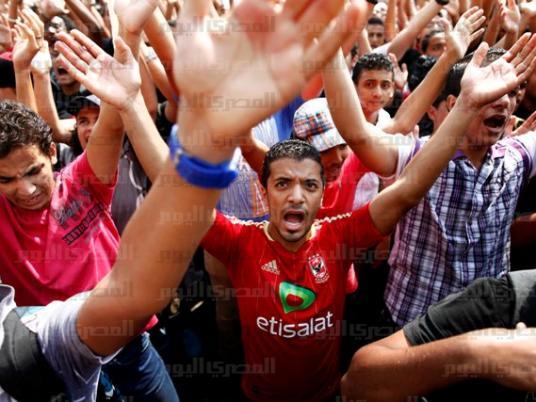 A large number of Ultras Ahlawy on Wednesday stormed the Ahly club and demanded that Chairman Hassan Hamdy resign for tarnishing the club's reputation.

Around 200 ultras participated. They did not commit any acts of violence, and stressed that they just came to deliver a message.
The Illicit Gains Authority interrogated Hamdy on Tuesday over accusations that he amassed wealth unlawfully during his tenure as director of Ahram Advertising Agency. The authority released him on bail of LE2 million pending investigations after he failed to prove the legality of his fortune. The authority also decided to ban Hamdy from leaving the country and freeze his assets.
Tweet
Pope Shenouda Article