by the Times of Oman 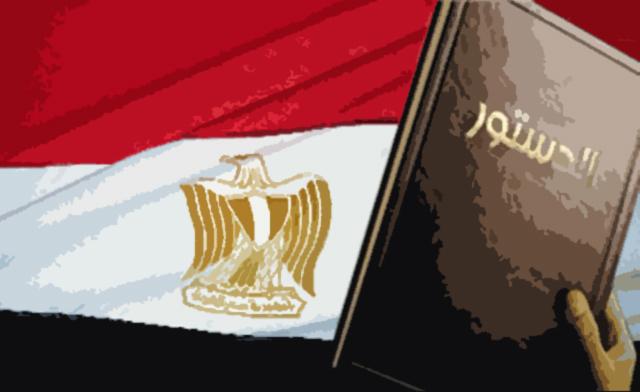 Bogged down by disagreements between Islamists and secularists, the committee tasked with drafting Egypt's new constitution, supposed to reflect the values of the 2011 uprising, is struggling to deliver.

The 100-member Constituent Assembly, dominated by Islamists, responded to criticism of a lack of transparency this week by releasing a rough draft of the charter and urging Egyptians to help with the new one.

"We invite all Egyptians to participate (in the drafting) through suggestions, amendments, additions," Mohamed al-Beltagui, a member of the assembly and of the powerful Muslim Brotherhood, told reporters for the launch of a "Know your Constitution" campaign.

The new constitution is to replace the 1971 charter suspended by the military which took power when president Hosni Mubarak was ousted in February last year.

"Everything we are putting forward for this social dialogue is a preliminary draft. Nothing has been discussed by the assembly as a whole," but rather by the different committees, Beltagui said.

Some articles, including those defining the powers of the judiciary and the role of the army, have not been made available to the public. Others are the subject of heated debate.

Contentious topics include the role of religion, the status of women and the scope of freedom of expression and faith.

Article 2 of the draft constitution states that "Islam is the religion of the State, Arabic is its official language and the principles of Islamic Sharia form the main source of legislation."

The article "has been at the centre of many debates," Mohammed Saad Gaouish, a Salafist member of the assembly, told AFP.

Ultraconservative Islamists had asked to replace "the principles of Sharia" by "the rulings of Sharia" or even just "Sharia."

They then wanted to include the provision that Al-Azhar institution -- Sunni Islam's main seat of learning -- be considered "the State reference for the interpretation of Sharia."

Both suggestions were rejected by the assembly's liberal members, who fear that Al-Azhar -- which today represents a moderate Islam -- could one day be used to limit freedoms should it fall under the control of ultraconservatives.

This would "effectively create a legislative vetting role for an unelected, unaccountable body with no recourse to judicial review," Human Rights Watch said in a statement last week.

According to the watchdog, while some articles in the draft guarantee certain civil, political and social rights, "other key provisions are inconsistent with international human rights standards and would pose a serious threat to the future of human rights in Egypt."

Article 36 has been a cause for particular concern. It prescribes equality between men and women as long as that does not contradict "the rulings of Sharia."

Women's rights activists would like to see the reference to Sharia removed, for fear that it could be used as a pretext to further suppress the status of women in Egypt.

In a sign of the deep disagreements over the subject, liberal politician Ayman Nur told the state-owned newspaper Al-Ahram last week that no wording had yet been agreed on the articles concerning women and family.

Several members of the assembly said that the panel was heading towards a consensus over the adoption of a mixed presidential-parliamentary system. "We don't want another pharaoh-president," member Safwat al-Bayadi told AFP.

According to Beltagui, the assembly is due to finish its work by December 12, after which the text will be put to a national referendum.

But the fate of the assembly itself remains in question, with several lawsuits challenging its constitutionality.
The Supreme Administrative Court is due to rule on the assembly's dissolution on October 16.

Protesters took to the streets in Cairo on Friday to demand the formation of a new constituent assembly that represents all of Egyptian society.

They clashed with supporters of President Mohamed Morsi in violence that left dozens injured, according to the health ministry.