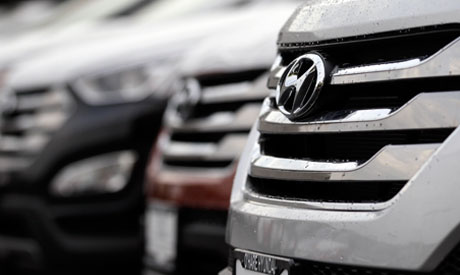 GB auto, Egypt's only listed car manufacturer, announced in February that it signed an agreement with the Hong Kong-based Geely Automobile to begin distributing Geely cars in North Africa.

Following the deal, GB Auto's capacity reached 70,000 cars annually. Geely's Emgrand 7 is intended to replace the medium-size Hyundai Verna which has achieved significant success in the Egyptian market. GB Auto will cease manufacturing the Verna by the end of 2013.

The automotive sector in Egypt is heavily protected by the government. Automobiles imported to Egypt are burdened with a basic tariff of 40 per cent and a sales tax of 15 per cent. For cars with engines bigger than 1.6 cc, the tariff goes up to 125 per cent.

The industry is also limited to assembly, with low value-added.

Investment Bank Beltone Finance said that GB Auto is expected to sell around 6,000 units of Emgrand 7 in 2013.

"We expect the Emgrand 7 to slowly start being recognised in the Egyptian market, as the market is still unfamiliar with the manufacturer and the product," Beltone said in a note issued on Sunday. "We are forecasting GB Auto to sell 6,000 Emgrand 7 cars in FY2013, and we expect this figure to steadily increase, reaching 23,000 in FY2016."