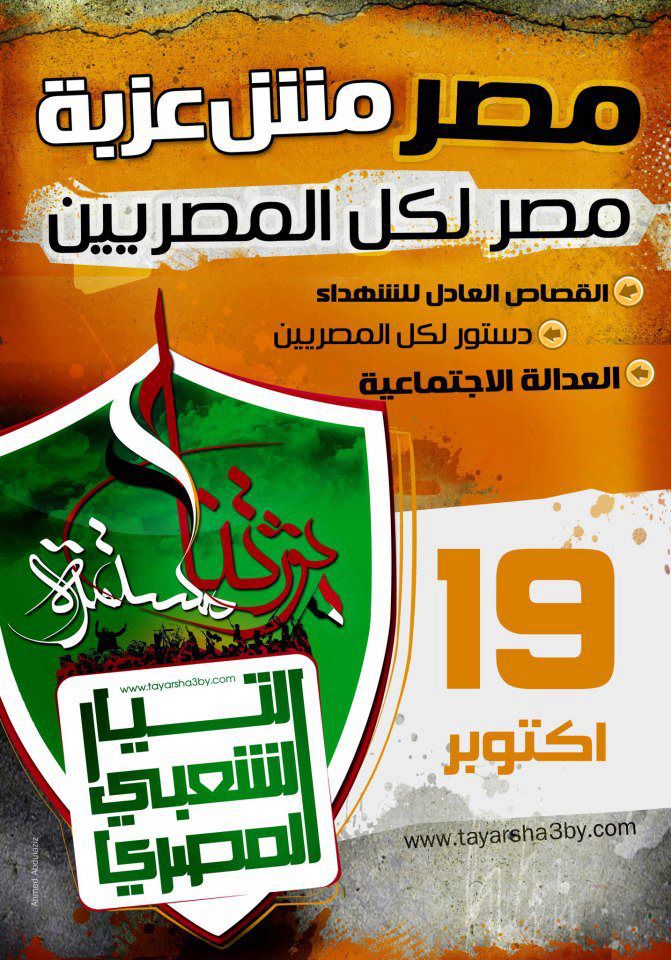 Constitution Party and Popular trend have issued a joint statement in which they called for a demonstration on next friday called “Egypt for all Egyptians”.

The new demonstration comes to denounce attacking the peaceful demonstrations by Muslim Brotherhood members, and demand fair trials for  those who are responsible for killing and injuring the Egyptian young people since the revolution of January 25, and restructuring of the Constituent Assembly in order to reflect all currents of the Egyptian society, as well as giving great concern to the social justice and the poor.