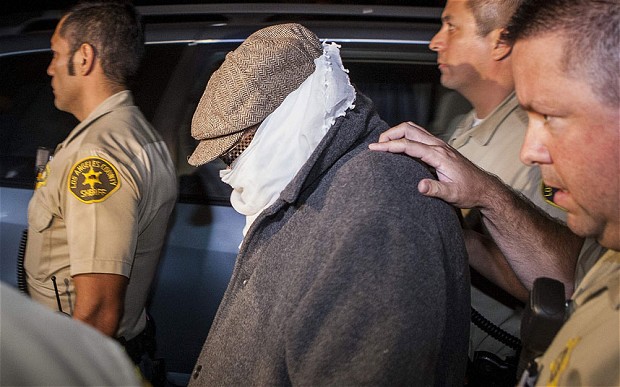 An Egyptian criminal court put off Sunday the trial of eight defendants in the case of an American anti-Muslim film to Nov 25, reported Xinhua, citing the official MENA news agency.

Egypt's Cairo criminal court opened its session of judging seven US-based Egyptian Copts and one American involved in producing an anti-Muslim film, which has been on show in Florida, US in September, and decided to postpone the trial to Nov 25.

All the defendants are being tried in absentia, since all of them are fugitives or residents in the US.

The defendants were accused of committing crimes related to unity, independence of the nation and safety of its land, as well as blasphemy. Those crimes, according to Egyptian laws, may lead to death sentence, according to the official media.

The defendants were also ordered to be placed on Cairo airport's watch list since Egypt's Prosecutor General Abdel-Maguid Mahmoud referred them to criminal court on Sep 18.

Several thousands of Egyptians Sep 11 surrounded the US embassy to protest the movie that the Muslim community deems insulting to Prophet Mohammed. One died, and more than 250 people were injured in clashes between the protestors and security forces.

The movie infuriated the Muslim communities worldwide after its clips were posted online in September, and in particular sparked protests and assaults against the US diplomatic missions in countries like Egypt, Libya, Sudan, Tunis and Yemen