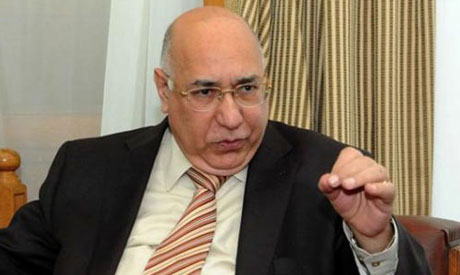 The Egyptian government is currently in the final phase of drafting the economic reform programme that it needs to secure a proposed $4.8 billion loan from the IMF, Egyptian Finance Minster Momtaz El-Said told Ahram Online on Sunday.

El-Said denied reports in an Egyptian newspaper on Sunday that claimed that the ministerial committee in charge of finalising the programme had completed the draft and presented it to Egypt's Cabinet.

"I hope to finalise the economic reform programme by the end of October before the IMF delegation arrives," the minister said.

In a telephone interview with Ahram Online, the minister provided some highlights of the proposed economic programme.

"Several new taxes will be applied, including a value-added tax and additional taxes on cigarettes and mobile-phone calls," El-Said explained.

Value-added taxes are a type of consumption tax that is placed on a product whenever value is added at a stage of production and at final sale.

According to Egyptian financial daily Al-Mal, taxes on packs of cigarettes, for example, could be expected to rise by about LE0.5 ($0.08).

El-Said went on to reveal that the government also plans to remove subsidies on Octane 95, which is generally used by luxury cars. He added, however, that the exact amounts saved via the move were yet to be determined.

The government had planned to cut fuel subsidies by 27 per cent in the 2012/13 budget to LE70 billion, down from LE95 billion in the last fiscal year. Supply shortages and increases in domestic fuel demand, however, prompted the government to delay the move.

The budget deficit for the current fiscal year, meanwhile, is expected to reach LE140.3 billion, down from a previous LE170 billion ($27.8 billion). Figures for the first quarter deficit, however, which reached LE50 billion, will makes the government's deficit projections unlikely.

The programme, based on the scant details available about it, does not seem to differ significantly from an earlier programme prepared by the government for a previous round of negotiations with the IMF in March.

The March programme had proposed a shake-up of Egypt's sales tax, including unifying tax rates, simplifying rules and revisiting tax exemptions. Such measures, including a new sales tax law to be implemented by 2013/14, were said to generate an additional 1.3 to 1.6 per cent of GDP.

Egyptian Prime Minister Hisham Qandil has said the country would not be hurt by accepting the contentious $4.8 billion IMF loan. He added that the loan would help plug holes in the country's budget and balance-of-payments deficits and revive confidence in Egypt on the part of foreign investors.

Earlier this month, IMF spokesman Gerry Rice said that the "broadly important elements [of the programme] are the objective of macro-economic stability and that it be home-grown and have broad popular support." Rice went on to stress that Egypt had asked for more time to "advance those preparations."