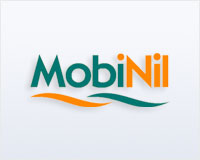 Egyptian mobile firm Mobinil hopes to swing back into profit in 2013 after being badly hit by the political turmoil that followed the toppling of President Hosni Mubarak last year, the company said on Thursday.

Egypt's financial regulator earlier this month approved a tender offer by France Telecom that would cement its control over Mobinil.
"Our position in the market is much better this year than last year," Yves Gauthier, CEO of The Egyptian Company for Mobile Services (Mobinil), told a news conference in Cairo.
Mobinil said last month it had slumped to a net loss of 94 million Egyptian pounds ($15.38 million) in the first three quarters of 2012, versus 76 million pounds for the same period a year earlier.
Losses were partly due to the costs of switching its network to the 3G technology standardly in use on developed markets. The firm said earlier this year its outlook was uncertain because of political volatility.
"We will continue to invest," Gauthier said, adding that Mobinil typically invests 2 billion Egyptian pounds annually. "2013 will be a year of profitability ... a year of improvement and a growing year."
He added that Mobinil was seeking to expand its services and hoped to get a 4G license soon.
Stéphane Richard, Chairman and Chief Executive Officer, France Telecom, said Egypt's telecom sector was crowded and could not absorb another player.
Egypt has three mobile operators: Vodafone Egypt, Mobinil, and the UAE-backed Etisalat Misr. Telecom Egypt is the sole fixed-line provider.
Competition is tough and mobile penetration rate is high. The average price per minute is the cheapest in the Middle East.
"There is no growth in the telecom market anymore," said Richard. "I don't see how it is profitable to invest in a market where there is no growth. So there is no economic justification to introduce a new player."
According to Richard , Mobinil needs to introduce an innovation to the market to develop and generate profit. " W e are working on mobile banking service which will be something quite new and interesting for our users," h e said describing year 20 13 as " a c hallenging year".
"We have to switch from business model s which were basically founded on voice revenue to a business model with a larger part on services and data revenue provided (t hat) we are able to invent an economic model for those services," he added. ($1 = 6.1130 Egyptian pounds)
Tweet
Pope Shenouda Article