by the Bradenton Herald 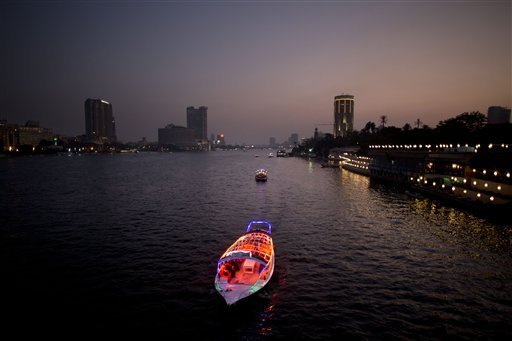 Egypt's top prosecutor ordered government ministries on Wednesday to enforce a ban on pornographic websites, three years after a court denounced the sites as "venomous and vile."

An official in the prosecutor's office said the order followed a protest Wednesday by ultraconservative Muslims known as Salafis, who have launched a campaign called "Pure Net" to prohibit the pornographic websites. The official spoke on condition of anonymity because he was not authorized to speak to reporters.
In the past, though, similar orders were not enforced because of high costs associated with technical applications in blocking the thousands of websites and their various pages.
The prosecutor's order came under pressure from hard-line Muslims, highlighting Egypt's grappling with issues related to freedom of speech. It also fuels a fear among liberals that the rise of Islamists to power will usher in repressive tactics used by the ousted regime of President Hosni Mubarak.
Digital rights researcher Ramy Raoof said that under the previous regime, there were attempts by Islamist lawyers to block pornographic websites.
"The government is not supposed to monitor or be watchdogs over people. It should provide services, regardless of how citizens use that service," he said.
In 2009 under Mubarak, an administrative court in Cairo ruled in favor of a suit filed by an Islamist lawyer who argued that pornographic websites were destructive to Egyptian social values. The court ruled at the time that "freedoms of expression and public rights should be restricted by maintaining the fundamentals of religion, morality and patriotism," denouncing the websites in graphic terms.
There were also cases raised under Mubarak against rights groups' websites. During the 18-day uprising that toppled Mubarak last year, the government moved to entirely block the Internet for several days in an attempt to disrupt communications among activists. The measure failed to curb huge street protests against the regime.
Raoof said he does not believe that since the revolution, the situation has improved much when it comes to Internet freedoms.
In March, a lower court ordered the government to ban pornographic websites. Also this year, some members of the country's first freely-elected parliament, dominated by Islamists, wanted to introduce legislation banning pornographic Internet sites.
"I don't see this has anything to do with Islamists. It is a continuous effort that has been happening from before," Raoof said, dismissing concerns that the most recent moves may be related specifically to the rise of Islamists to power.
"The former regime saw itself as a monitor over society on how it should act, think, write, and speak," he said. "The philosophy has not changed."
In a related matter, secular and liberal groups have expressed concern that Islamists may be trying to use the drafting of Egypt's new constitution to impose a strict interpretation of Islamic law, or Shariah, and limit freedoms.
A coalition of Salafis and other ultraconservatives has called for mass rallies Friday to demand a greater role for Shariah in the constitution now being written.
The Muslim Brotherhood, Egypt's most powerful political group, said it will not take part in the demonstrations. The Brotherhood leads the panel tasked with writing the document and said that broad agreement has already been reached about Shariah as the main source of legislation.
The previous constitution said "the principles of Shariah" are the basis of law in Egypt. Liberals favored such phrasing, which they say allows greater leeway, meaning legislation can meet the broad ideas of Islam.
Salafis wanted that changed to "the rulings of Shariah," implying Egypt's laws would have to abide by the strict letter of what clerics say is meant in Islamic law.
Read more here: http://www.bradenton.com/2012/11/07/4269501/egypt-prosecutor-orders-ban-on.html#storylink=cpy
Tweet
Pope Shenouda Article