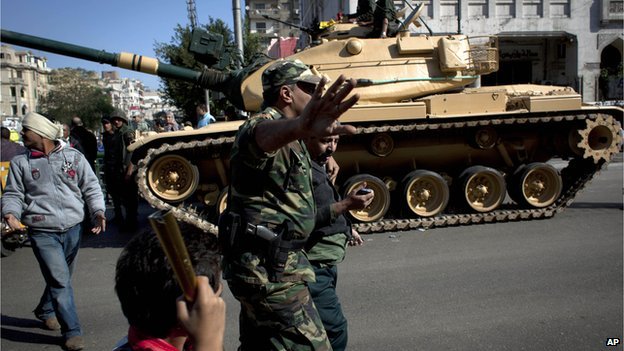 The Egyptian army has started clearing protestors and journalists from outside the presidential palace in Cairo.
It comes after violent clashes overnight between supporters and opponents of Egypt's president, Mohammed Morsi.
Five people were killed in the fighting and hundreds injured.
The protests are about President Morsi's plans to stop judges from overturning his orders.
Egypt's top Islamic group, the Al-Azhar institution, has called on the president to stop the changes.
Mr Morsi narrowly won Egypt's first free presidential election in June. The old president, Hosni Mubarak, was overthrown and the protestors say they don't want their new president to govern them in the same strict way he did.
Mr Morsi says he will give up his new powers once the country has voted on a set of rules, called a constitution, that will set out how Egypt should be governed.
Tweet
Pope Shenouda Article