RDP: Second round of referendum encounter more violations and fraud 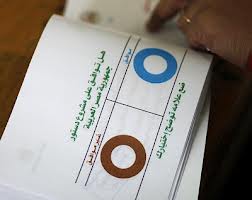 Reform and Development Party (RDP), headed by Mohamed Anwar Sadat, said that there were more violations and fraud during the second round of the referendum on constitution draft, which affects the credibility of its results so badly.

It added that such violations and fraud were documented by many human rights organizations, mass media and judges' reports.