I’m an Egyptian Copt, a dual national. I hold the Swedish nationality, so I consider myself a European citizen. I was one of seven ex-patriots sentenced to death in absentia simply for being a Christian.
First, let’s talk about this so-called legitimacy of Morsi’s government. There is evidence that the elections were won by a marginal majority through falsification and coercion especially in rural areas. Voting cards and ballot boxes were tampered with. Many poor helpless citizens complained that they were not allowed to vote at all in Upper Egypt by vigilantes holding weapons and some polling stations in remote village where illiteracy is rife were infiltrated by MB personnel who were manipulating voters and directing their votes. The falsified votes numbered around 2 million votes, which would have tilted the balance towards the liberal candidate.
Driven by a desire for peace and stability, Egyptians kept quiet over the election results in the hope that the MB can get the country out of the economic crisis. But what does new President Morsi do? He started by releasing insurgents who were accused of murdering tourists, Christians, and those who were complicit in the murder of former President Sadat. He allowed terrorist and fanatic Islamist groups to thrive, he opened the doors for extremists to come back to Egypt and resume their plans to destroy the country from within. He set off to decree a constitution that discriminates against Christians and women and other considerable minorities. He started to tarnish the country with a ‘Brethren’ brush, giving all the key government posts to his cronies and members of his organization. And while the country was in dire need of every penny, every drop of oil and suffering from water shortages and power cuts,  he was siphoning the country’s fuel and resources off to  Gaza.
You speak of democracy while he and his brethren sought to curb freedom of speech and gag the free media. He put his cronies in every key media position, so the mass media was completely controlled by the MB. He appointed a minister of information whose job it was to ban and gag anyone who had a popular voice. He dissolved parliament, sacked the judiciary and incarcerated activists.
You speak about violence. Many objectors to Morsi’s were arrested even killed under Morsi’s government. One example is. He used brutal force to disperse demonstrations one example of that is the infamous incident at the presidential palace when thugs were set off to attack and butcher peaceful, unarmed demonstrators. Not one country in the ’free world’ raised a murmur to condemn this.
You call it a coup. A coup is an attempt by the military to overturn a government. This is not what happened in Egypt. Millions of Egyptians took to the streets demanding the protection of the armed forces. The armed forces didn’t take command of the people but the people demanded military intervention. And the military didn’t seek to govern but passed on the government to the top judge and a civil interim government. So, what coup are you talking about?
You called the pro Morsi sit-ins peaceful. How peaceful when whole arsenals of weaponry were discovered with them, the burning of churches, the ransacking of museums, the pillaging, and the thuggery. The shootings the torture the summary courts, the grotesque use of children in propaganda, the throwing of young people off a rooftop. What peace are you referring to? Isn’t one of these many atrocities worthy the attention of human rights organizations? Where is the rule of law in all this? Where is the peace?
And now under the guise of legitimacy you want to give a free hand to a group of thugs, terrorists, usurpers a free hand to kill the people of Egypt destroy their monuments, burn their churches, raze their homes to the ground, destroy their institutions by condemning the intervention of the armed forces to save Egypt from terrorism; you seek to impose sanctions on a people wanting to defend themselves and their heritage. How can you stand the judgment of history? How are you able to silence your consciences? How can you justify the criminal media campaign spreading lies and hate of a people’s movement to defend their freedom?
Don’t interfere and leave the people of Egypt to clean their land off these terrorists and continue to achieve a truly developed country that’s big enough for all its citizens regardless of their faith or creed.
Tweet
Author 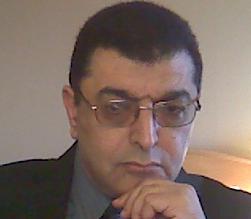