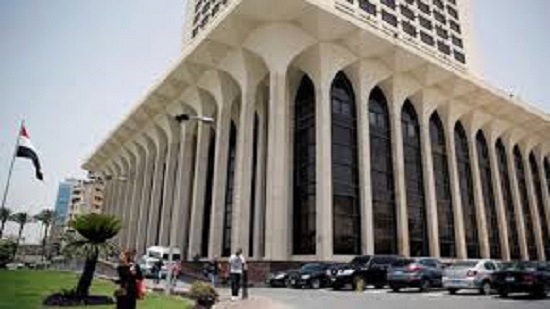 Egypt stated on Sunday evening its strong condemnation of the sabotage of four vessels near the territorial waters of the United Arab Emirates, according to a statement issued by the Egyptian foreign ministry. "Egypt also condemns all acts that would harm the Emirati national security of the Emirati national security and the safety of its land and maritime borders" the statement read. The statement stressed on the solidarity of the Egyptian government and people with the people and government of the botherly UAE against all challenges it might face as well as confronting all attempts to destabilise the UAE," the statement added. The Egyptian foreign ministry highlighted the strong and special relations between Egypt and UAE, stressing the two countries joint work to face all threats against both countries national security, and taking all procedures necessary to maintain the security, stability and welfare of the people of the Emirates, the statement added. Earlier Sunday, the UAE reported that four commercial vessels were subjected to sabotage in the Gulf of Oman near its territorial waters just outside the strait of Hormuz.

Egypt s Military Production Minister Mohamed El-Assar on Saturday met with Sergio Fiorani, chairman of the Italian Unical company, and his accompanying delegation, to discuss promoting cooperation between the two countries. The meeting dealt with the human, technical, technological and production capabilities of the Ministry of Military Production s affiliated companies. 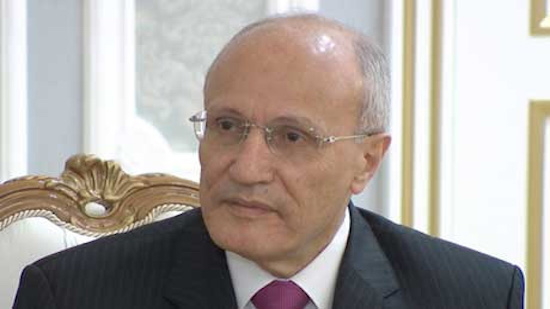 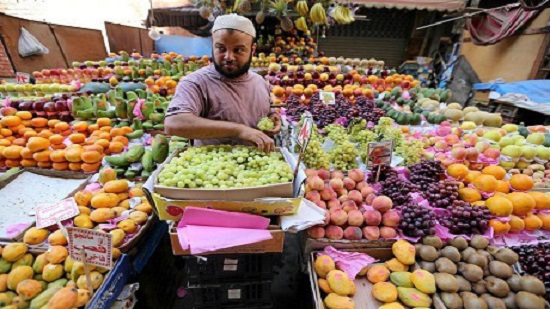 Egypt s economy is expected to grow at 5.8 percent in the fourth quarter of the 2018/19 financial year, the Planning Minister Hala El-Saeed said in a statement on Wednesday. The country registered economic growth estimated at 5.6 percent in third quarter of 2018-19, compared to 5.4 percent the year before, the statement said. 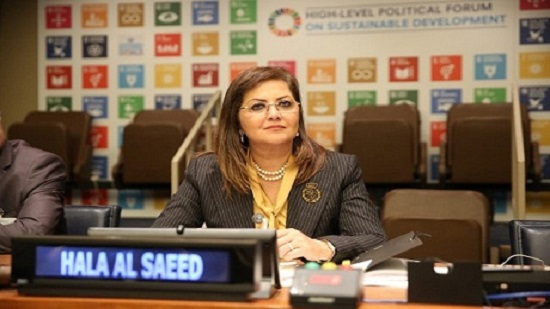 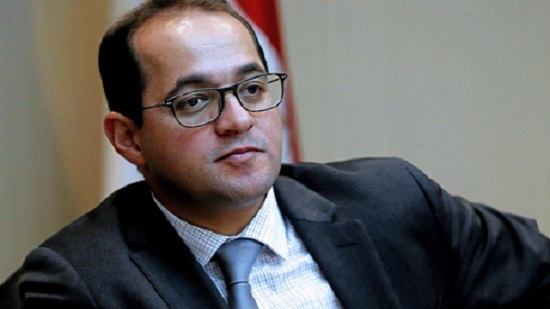 Egypt expects, in principle, to receive the final tranche of about $2 billion of its IMF loan in July, Deputy Finance Minister Ahmed Kouchouk said on Tuesday. The International Monetary Fund offered the three-year $12 billion loan programme in 2016 after Cairo agreed to a reform package including a steep devaluation of the pound, deep cuts to energy subsidies and the introduction of a value-added tax.

Egyptian President Abdel-Fattah El-Sisi met with the head of the World Bank Group David Malpass in Cairo on Saturday, and discussed with him the importance of continuing the implementation of the cooperation programme between Egypt and the group. The meeting was attended by the Minister of Investment and International Cooperation Sahar Nasr, Minister of Finance Mohamed Maait and the Egypt s head of intelligence service Abbas Kamel, according to a statement by El-Sisi s spokesman Bassam Rady. 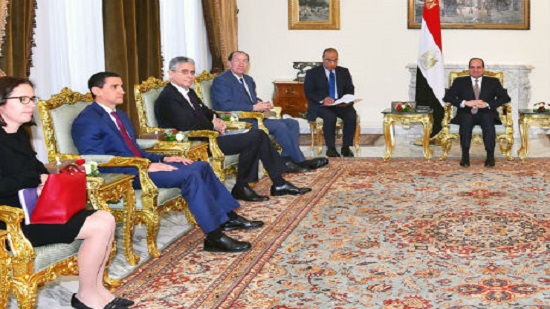 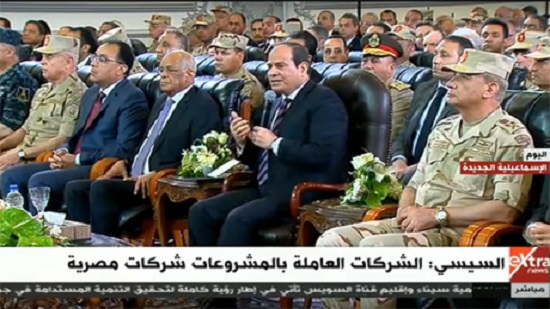 Egyptian President Abdel-Fattah El-Sisi has said that all companies working on the country s national development projects are civilian and that the military s role is only supervisory, addressing a recent topic of debate about the army s involvement in the economy. "The role of the army in such projects, if any, is a supervisory and management role," El-Sisi said Sunday in comments broadcast live on TV.

Egypt received its third Type 209/1400 submarine from Germany at a ceremony in the German city of Kiel on Friday. The commander of the Egyptian navy Ahmed Khalid raised the Egyptian flag on the submarine, S43, in the ceremony that broadcast on Egyptian state television. 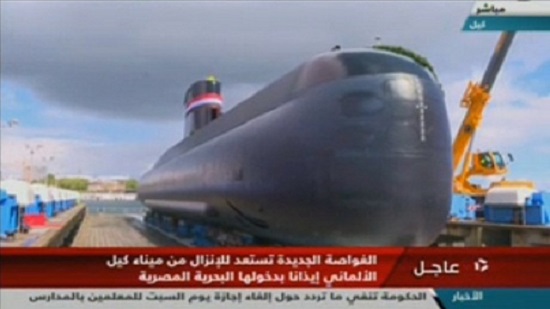 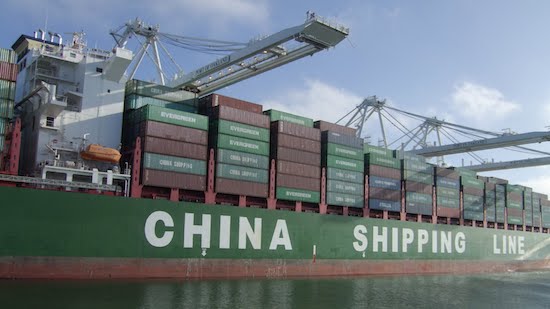 Egypt’s President Abdel Fattah al-Sisi visited China on Wednesday to attend the Belt and Road forum for international cooperation in Beijing, which witnessed the participation of several presidents and prime ministers. The presidency’s spokesperson Bassam Radi said that the Egyptian government was keen on engaging the Belt and Road initiative, which will turn Egypt into a pivotal partner to China. 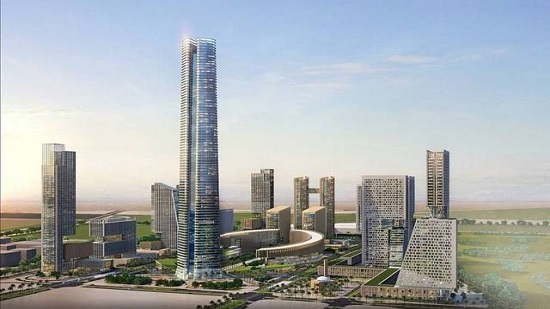 Egypt’s housing minister Asem al-Gazzar and several Chinese Banks signed an agreement worth US$834 million in Beijing on Monday to establish a central business park in the New Administrative Capital. Gazzar stated that the park would include seven skyscrapers, including two administrative towers and five residential towers at a height of 206 meters on a building area of 600,000 square meters.

Egyptian President Abdel-Fattah El-Sisi is heading on Wednesday to the Chinese capital Beijing at the invitation of Chinese President Xi Jinping to attend the Belt and Road summit, which is being attending by a number of heads of state, a statement by Egypt s presidential spokesperson said. The second Belt and Road Forum for International Cooperation will see the participation of around 40 world leaders, as well as representatives from 100 countries. 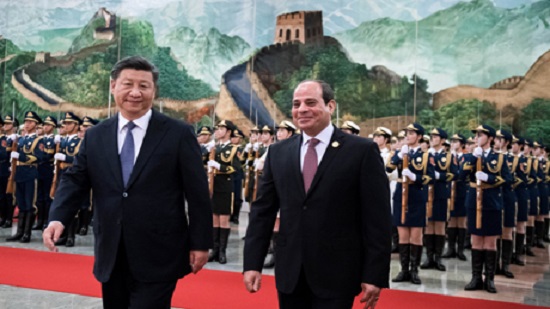 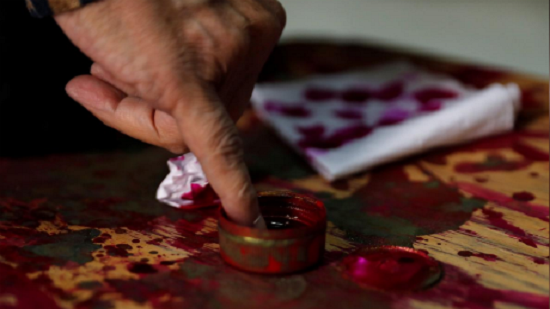 Egypt s National Elections Authority (NEA) says it will an announce on Tuesday evening the results of the country s referendum on constitutional amendments, one day after a three-day voting process concluded at home. According to the state-run MENA news agency, the results will be announced by the NEA at 7pm.

Polling stations nationwide opened its doors on Monday, the third day of voting in a referendum on constitutional amendments, with embassies and consulates abroad ended their three days on Sunday. More than 61 million Egyptians are eligible to vote in the referendum on the amendments to the 2014 charter, which were recently overwhelmingly approved by parliament. The referendum on the amendments to a number of articles of the constitution, which includes an extension of the presidential term began nationwide on Saturday and abroad on Friday. Earlier on Sunday, Egypt s National Elections Authority (NEA) said it would not be extending its three days of voting, dismissing reports claiming otherwise. Head of Egypt s Judges Club Mohamed Abdel-Mohsen said on Monday that the club s central operations room has not received any complaints with regards to the voting process. In statements to MENA news agency, the club s spokesman Reda Mahmoud said that Abdel-Mohsen is receiving regular updates on the voting process, which is taking place under full judicial supervision provided by over 19,000 judges. The NEA said on Monday that voting is proceeding normally and in an orderly fashion in all parts of Egypt on the third and final day of the referendum. Polling stations across the country opened on time at 9am, and the NEA has not received any complaints regarding the vote in any of the governorates, said NEA chairman Lashin Ibrahim. Voting An Egyptian man casts his vote at a polling station in the Mediterranean port city of Alexandria as Egyptians continue to take part in a referendum on constitutional amendments on the second day of a three-day poll, on April 21, 2019 (Photo: AFP) The constitutional amendments referendum abroad, which started on Friday, took place in 140 polling stations in Egyptian consulates and embassies in 124 countries. According to Ahram Arabic, the Egyptian embassies in Russia , Uganda, Ukraine , Saudi Arabia and United Arab closed their doors in front of expat voters as the referendum ended 9 PM according to their local time. Meanwhile, the NEA said it has not received any reports that voters were being "bribed" to cast their ballots in the ongoing national referendum on the amendments to the country s constitution. The NEA didn t not mention specific numbers on the turnout in the referendum voting, however it said that the first day of voting [Saturday] saw "a higher turnout than any other first day of voting in any formerly held elections of any kind in the country." NEA s spokesperson Judge Mahmoud El-Sharif said that the authority would immediately deal with any electoral violations, including bribes, within the law. On Saturday, several reports suggested that voters were receiving a food package in exchange for voting on the amendments, which would see an extension of President Abdel-Fattah s El-Sisi s term from four to six years. Critics of the constitutional amendmendts fear the may constitute a step in the return to authoritarian rule in the country by increasing the president s grip on power. 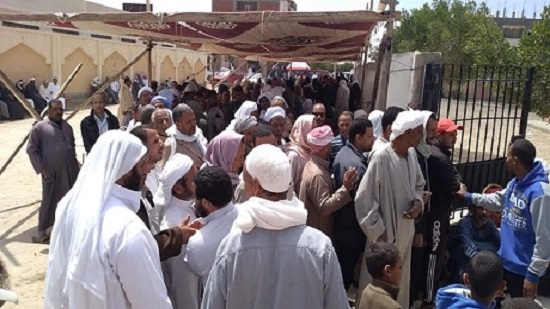 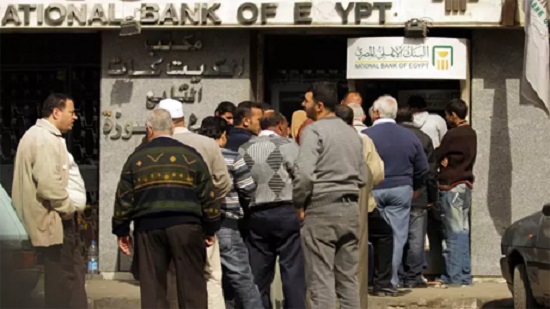 Egyptian President Abdel-Fattah El-Sisi has approved a new law promoting e-payment services, part of a broader govenment drive to boost financial inclusion and reduce reliance on cash. Under the new law, approved by parliament in March, government institutions and private companies must use electronic payment to pay employees, contractors and service providers.

Sisi and Merkel discuss regional issues such as Libyan crisis

President Abdel Fattah al-Sisi received a telephone call from German Chancellor Angela Merkel on Monday during which they discussed a number of regional issues, the most important of which being the situation in Libya, Presidency Spokesperson Bassam Rady said. Sisi affirmed Egypt s position on the unity, stability and security of Libya. He also stressed support for counter-terrorism efforts against extremist groups and militias, which pose a threat not only to Libya, but also to the security and stability of the Middle East and the Mediterranean region. 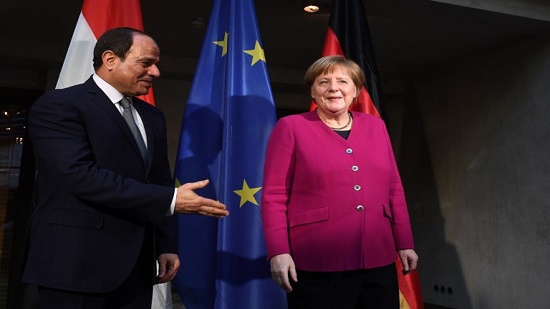 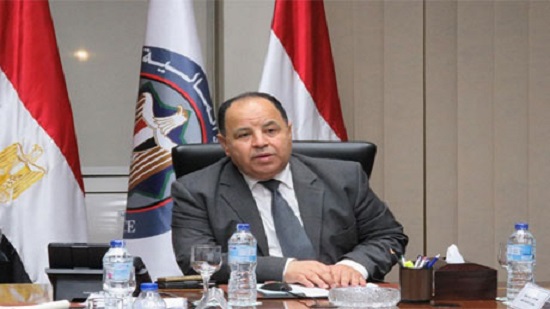 Egypt will hold a popular referendum next week on proposed constitutional amendments that the parliament will pass in a final vote on Monday. Egyptian expatriates will go to the polls on 20 April, a source close to the National Election Authority told Ahram Online on Sunday. 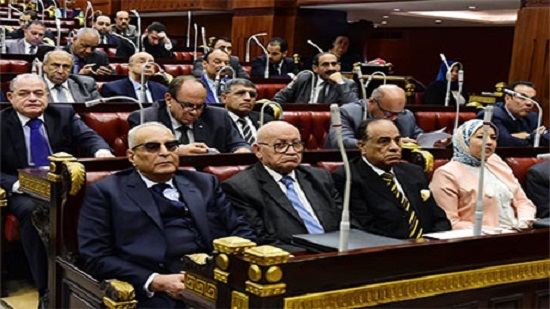 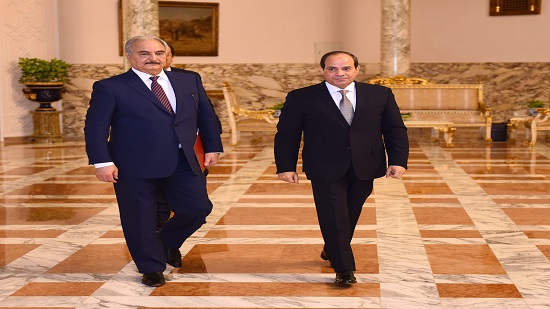 President Abdel Fattah al-Sisi on Sunday met with Libyan National Army Commander Marshal Khalifa Hafer at the Ittihadeya Presidential Palace, where they discussed developments in Libya while Sisi stressed Egypt’s keenness for the unity, stability and security of Libya. In a statement from his official Facebook page, Egyptian Presidential Spokesman Bassam Rady said that during their meeting, Sisi stated his nation’s support for counter-terrorism efforts and fighting extremist groups and militias to achieve security and stability for Libya and it’s people.

Egypt s President Abdel-Fattah El-Sisi signed on Thursday several MoUs with Alassane Ouattara, the president of the Ivory Coast, on cooperation in health, culture and information technology. El-Sisi arrived in the Ivory Coast early on Thursday in the first ever visit by an Egyptian president to the West African country. 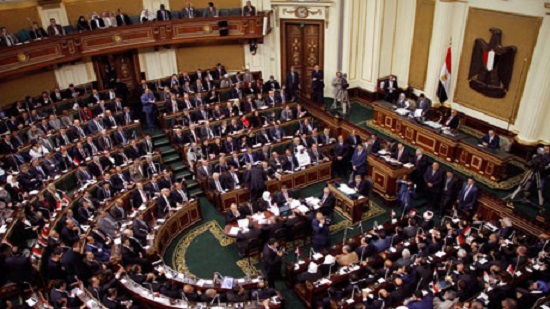 The Egyptian parliament s constitutional and legislative affairs committee began on Tuesday deliberating on proposed amendments to the country s 2014 constitution. The deliberations, led by parliament speaker Ali Abdel-Aal, will continue on Wednesday. "At the end of this two-day deliberation, a mini-committee will be formed to take charge of drawing up the final draft of the proposed amendments," said Abdel-Aal.

Angels fighting with us in 1973

After Egypt won the war of 1973, many people were talking about the angels who have fought with us in the war. A script writer once asked me then to talk about that topic in a TV interview on a religious television. The story goes back to Sheikh Abdul Halim Mahmoud, Imam of Al-Azhar at the time of the war who was very powerful and well educated. The man said about the war that started on the tenth day of the Holy